Urge Your Representative to Uphold the Right to Boycott 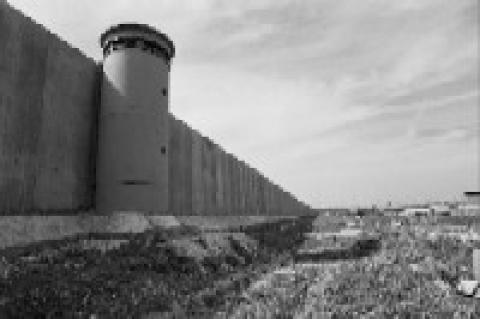 Churches for Middle East Peace, a coalition that includes Maryknoll Office for Global Concerns, has initiated a campaign asking House Representatives to uphold the right to boycott companies and governments at home and abroad.

We want to share with you this important action alert from Churches for Middle East Peace (CMEP), a coalition of Orthodox, Catholic and Protestant churches that includes the Maryknoll Office for Global Concerns. Together we work to transform U.S. policy in ways that will bring justice and peace for all people and countries in the Middle East.

Take action to protect the right to boycott today.  Please see the following message from CMEP:

"Representatives Ilhan Omar, Rashida Tlaib, and John Lewis have introduced a resolution affirming that all Americans have the right to participate in boycotts in pursuit of civil and human rights at home and abroad. Let us encourage your representatives to join them in standing up for our civil liberties by cosponsoring H.Res 496!

Boycotting injustices in an effort to affect change is a time-honored American tradition that predates the very existence of our country, from the Boston Tea Party to the Montgomery Bus Boycott to the boycott of South African goods in protest of apartheid. In addition, the right to boycott is a constitutionally protected civil liberty that has been upheld in court.

In a political environment where civil liberties and freedom of expression are increasingly threatened, H.Res 496 reaffirms that all Americans are free to engage in economic measures to protest injustices everywhere in the world without fear of punishment or recourse. Churches for Middle East Peace upholds the right to find appropriate and various ways to end unjust practices and policies that violate international laws and conventions, including exerting economic leverage on commercial and government actors."

Click here to send a message to your representative asking them to support H.R. 496 on the right to boycott.

It is essential that we maintain this right to boycott in order to exert pressure on governments and companies abroad who are violating international laws and norms - including those in the Middle East.