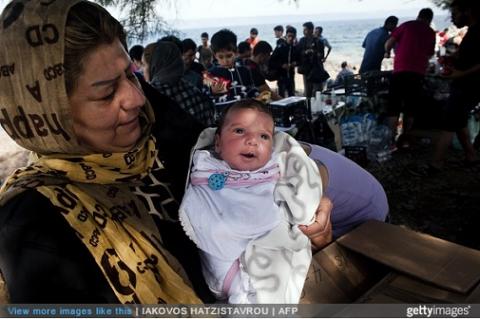 But the U.S. has only resettled a small fraction of those, about one in 10.

This is the largest refugee crisis since World War II.

President Obama announced the administration’s plan to accept 10,000 Syrian refugees in the coming year. While this is a step in the right direction, this low number is an inadequate response.

This petition is a great first step. Already more than 85,000 people have signed on. To require a response from President Obama, we need 100,000 signatures by September 30.

The U.S. can and should show leadership by resettling at least 100,000 Syrians over the next year. Now is the time for the U.S. to give concrete hope for the millions of families fleeing violence and persecution in conflict-ridden countries.

“Faced with the tragedy of tens of thousands of refugees who are fleeing death by war and by hunger, and who are on a path toward a hope for life, the Gospel calls us to be neighbors to the smallest and most abandoned, to give them concrete hope.” –Pope Francis, Sept. 6, 2015

Pope Francis urges us to offer ‘concrete hope'.  Join us in offering hope!

P.S. Share this petition with your friends on social media.

Share this on Facebook: “I signed this petition to Pres. Obama urging him to welcome more Syrian #refugees. If you agree, please sign the petition today! http://1.usa.gov/1L6zh9l”

Photo: A refugee from Syria holds her one-month-old son upon arrival on the Greek island of Lesbos, after crossing the Aegean Sea from Turkey on September 26, 2015. Credit: AFP/Getty Images