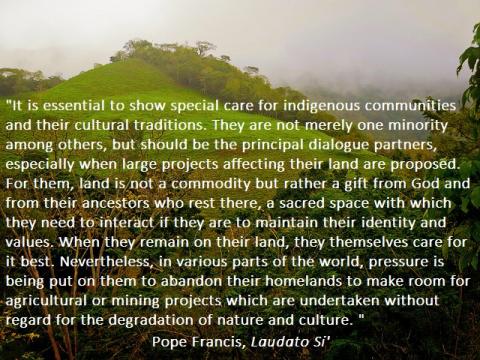 Less than two weeks after the assassination of Honduran indigenous environmental activist Berta Cáceres, another member of her organization has been murdered.

We mourn and condemn the murder of Nelson Garcia, a faithful member of the Council of Indigenous Peoples of Honduras (COPINH).

Berta Cáceres and Nelson Garcia sacrificed their lives to protect their people’s land and river from destruction by the Agua Zarca Dam, one of the world’s largest dams that would cut off the ethnic Lenca people from water, food and medicine.

Click here to call on the government of Honduras to:

Join us in raising our voices, moved by the blood of those who have been killed and the tears of their loved ones, to create a new, just and peaceful Honduras and world.