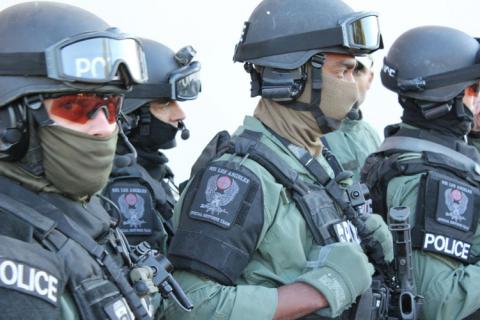 Mexico and Central America face extreme levels of violence since the war on drugs was intensified in the region. The rule of law has deteriorated as a result of the battles between drug cartels, with the involvement of often corrupt state security forces.

The use of torture, violence against women, human rights violations and extrajudicial executions have risen since U.S. policies began to support a militarized approach to combating drug trafficking in the region.

Please join Maryknoll Office for Global Concerns in calling on the U.S. Congress and President Obama to end funding for the bloody war on drugs in Mexico and Central America. We urge you to sign this petition, circulated by the Americas Program of the Center for International Policy.

In Central America, militarization under the pretext of the war on drugs has led to persecution of indigenous and grassroots leaders, human rights violations, illegal land grabs and extra-judicial executions -- too often at the hands of the very forces funded under U.S. aid programs.

Instead of continuing to waste billions of dollars through the Merida Initiative and the Central American Regional Security Initiative, it's time to put human rights first by re-channeling drug war aid to programs that actively build a better society for all such as jobs programs, poverty alleviation, health care, and education.

Sign the petition to tell Congress that we need to seriously re-think the war on drugs.