Tell Congress and your governor to welcome Syrian refugees 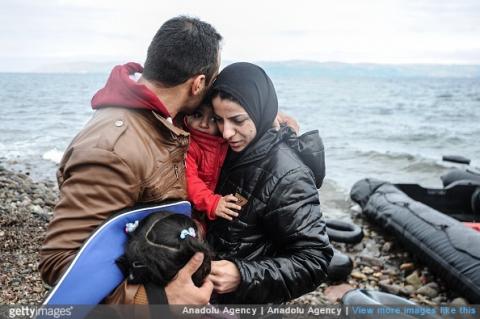 We are shocked and saddened by the terrorist attacks in Beirut, Paris, Baghdad, Raqqa and in too many other places around the world. Our prayers are with the families and communities suffering terrible loss. We deeply believe that terror will not prevail and that the memories of those who have been killed will inspire sustainable solutions to indiscriminate violence.

We cannot, however, let our grief and fear blind us to the desperation and despair of another group of victims: the millions of refugees fleeing Syria.

More than half of all governors have recently announced that they want to stop their states from resettling Syrian refugees. And the House of Representative will vote Thursday, November 19, on a bill to stop the flow of Syrian refugees to the U.S.

Now is the time to raise our voices for the voiceless — for Syrian refugees.

Click HERE to send a letter to your Governor, Senators and Representatives today. Let them know that you support the resettlement of Syrian refugees and need them to welcome them as well.

Thank you for your support for our Syrian brothers and sisters and for acting for peace.

Photo: Syrian family embraces after arriving on the island of Lesbos, Greece, by dinghy on September 29, 2015. Credit: Getty images/Anadolu Agency.