On May 4, the Department of Homeland Security (DHS) announced new “zero-tolerance” immigration policies, including the criminal prosecution of anyone who crosses the U.S.-Mexico border illegally and the unnecessary breaking apart of families as a means of deterrence. According to an analysis by the New York Times, since October 2017, DHS has separated more than 700 children from their parents and rendered the children "unaccompanied," including over 100 children under the age of four.

Click HERE to urge Congress to use its oversight capabilities to:
(1) Tell DHS not to separate families;
(2) Prevent DHS from receiving funding for this harmful and costly practice;
(3) Propose more humane solutions, such as alternatives to detention.

READ OUR STATEMENT: Justice and mercy, not ‘zero tolerance’ for immigrant families

“We believe that in the process of enforcing immigration laws, the U.S. government must protect the human rights and dignity of all migrants, with particular consideration for those most vulnerable – refugees, asylum seekers, and children,” said Gerry Lee, Director of the Maryknoll Office for Global Concerns. “Instead, the United States is abandoning the discretion it has under the law and enacting violent policies that inflict pain and suffering on the most vulnerable migrants as a means to convince others not to attempt the journey.”

To criminalize those who come seeking asylum, to escalate their trauma in terms of detention and confinement, and to routinely separate children from their parents is extreme, inhumane and contrary to our core Christian values to welcome the stranger and safeguard the sanctity of the family. We call on the United States to eliminate these unjust policies immediately and to regulate its borders with justice and mercy. Read the full statement here.

JOIN US IN PRAYER for our vulnerable brothers and sisters: 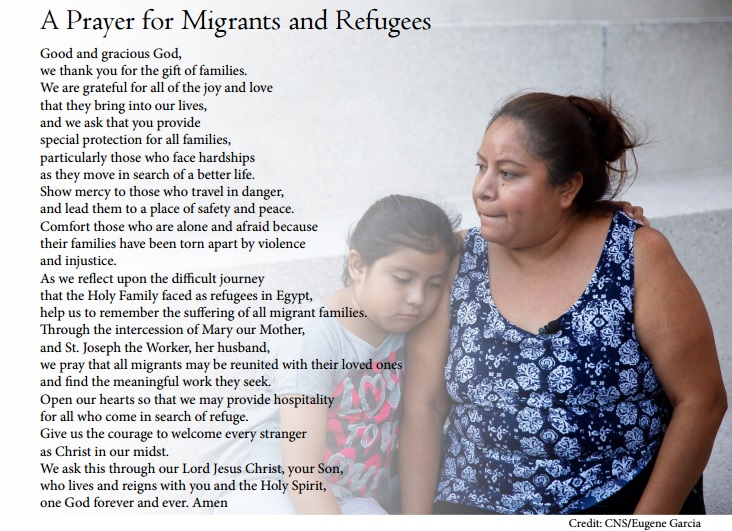