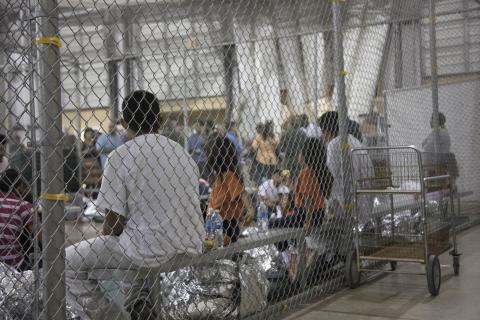 The Trump administration has proposed changes in regulations that would allow the U.S. government to detain immigrant children and families indefinitely.

The administration's proposal would curtail minimum standards for how to care for children held in federal custody – standards set by a court agreement that has guided U.S. policy on the treatment of such children for more than two decades.

On September 6, 2018, the Departments of Homeland Security and Health and Human Services said in a joint notice of proposed rulemaking that the new policy would “satisfy the basic purpose” of the 1997 Flores Settlement Agreement by ensuring that migrant children “are treated with dignity, respect, and special concern for their particular vulnerability as minors.”

But the proposed changes eliminate the 20-day limit on the detention of children, a limit the Trump adminstration has repeatedly mischaracterized as a "legal loophole" rather than a basic standard to ensure that children are treated with care.

To learn more about the current regulations, read this Flores Settlement Agreement flyer produced by the Justice for Immigrants Campaign.

The proposed rule changes would allow the government to detain parents and children, or children who enter the country without adults, for the duration of their immigration court cases which, on average, take years to complete.

Click here to register your opposition to the administration's proposal and stand up for immigrant children’s safety. On the right-hand side, please adapt the template language to share why you oppose the Trump administration’s new regulations to indefinitely detain children, lower standards of care in immigration jails, and remove legal protections from minors seeking safety in the U.S. Be sure to customize some of the language in your comment. Identical comments will be counted as one comment.

“I am your constituent from [CITY/TOWN], and [as a person of faith] I urge my Senator/Representative to reject family detention for immigrants. Incarcerating children with their parents is not a solution to family separation. Rather than detention, Congress and the administration should use and invest in community-based alternatives to detention such as the Family Case Management Program. Such an alternative is cost-effective and humane. My community welcomes and values immigrants, and we urge you to do the same.”

Photo: Immigrant families held in cages during processing by U.S. Border Patrol at the Central Processing Center in McAllen, Texas, on Sunday, June 17, 2018. Photo by U.S. Customs and Border Protection.