This summer’s Earth Summit must measure quality of life, not market values 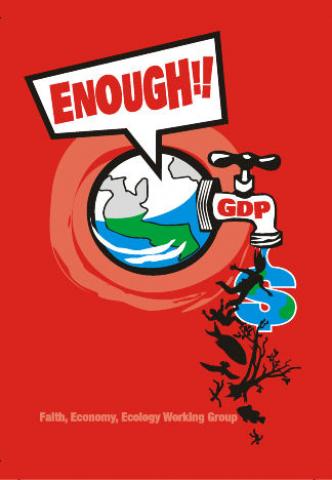 Take action: Tell President Obama, Secretary of State Clinton and the rest of the U.S. negotiating team that you want the U.S. to play a positive role in creating new measurements of progress. The Faith, Economy and Ecology Working Group, of which the Maryknoll Office for Global Concerns was the founding member, will provide you and your community with postcards to sign and send to the U.S. negotiators.

The Earth Summit, or Rio+20, held in Rio de Janeiro from June 20-22, will be the fourth Earth summit held since the first one in 1992. Agreements made must assure the well-being of humanity 20 years into the future, to 2032. Based on the current rate of resource depletion and population growth, many serious thinkers raise doubts about humanity’s survival beyond the middle of the 21st century.

For the most part U.S. policies and practices have served to accelerate models of economic growth that have little regard for ecological sustainability. The depletion of Earth’s resources continues at lightning pace under this constant march toward increasing gross domestic product (GDP) and economic growth. Reversing this will take political will. U.S. negotiators in Rio must play a positive role in conserving Earth’s finite resources.

The postcards read: “President Obama, Secretary Clinton, and UN delegates to the Rio+20 Earth Summit: An outcome of the Rio+20 Earth Summit must be to determine a new measure of progress. Gross Domestic Product encourages constant growth, the commodification of nature, and further overconsumption of the Earth’s finite resources. A new tool that measures the quality of human life and ecological sustainability is desperately needed for the health of fragile communities around the world, and our Earth. I ask that my country delegates be constructive partners in designing new progress indicators consistent with the findings of the 2009 UN Commission of Experts on Reforms of the Financial System.”

To order postcards write to us at ogc@maryknollogc.org and indicate the number of postcards you will need in your community. Take the postcards to gatherings and ask community members to fill them out, address and attach a 32 cent stamp and then send them to President Obama and Secretary Clinton before May 20.