Stop the Expansion of Detention Funding During this Pandemic 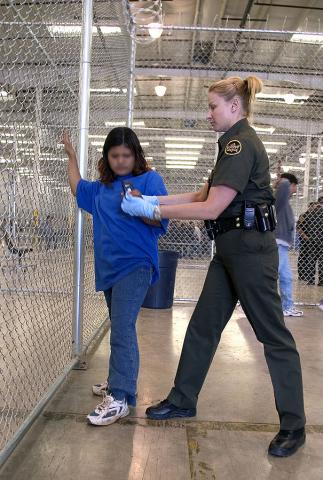 During this pandemic, immigration detention centers are at high risk of coronavirus outbreaks, given the crowded conditions and poor medical capacity of the facilities. Immigrant advocates across the country are crying out for the release of vulnerable detained migrants whenever possible and for other measures to protect those in detention during this crisis. Instead, the Trump administration has called for an expansion of funding to ICE and CBP to build “quarantine facilities” for detained migrants.

Take action today: Urge Congress to deny funds for the expansion of ICE and CBP capacity and instead fund alternatives to detention so that migrants can be released during this pandemic.

Many migrants in detention have committed no formal crime but are being detained for administrative purposes only – particularly asylum seekers who crossed at ports of entry.

Instead of being detained, many migrants can qualify to be placed into “alternatives to detention” programs, or community-monitoring programs, which help ensure their attendance at immigration hearings and can facilitate access to legal aid. These programs have proven highly effective and cost-efficient and are more respectful of migrants’ dignity and right to legal counsel.

Contact Congress today. In this time of crisis, it is essential that we act now to prevent the further expansion of detention facilities during this crisis and instead fund alternatives to detention so that migrants can be released and better protected from the virus.