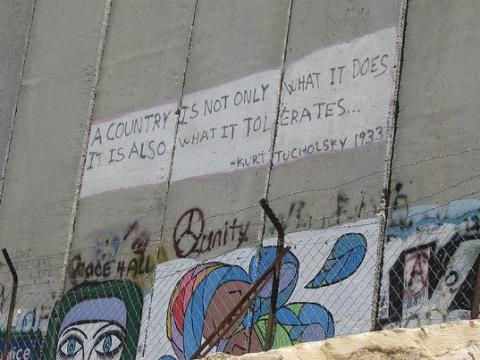 Two bills in Congress aim to criminalize people who support the Palestinian-initiated “Boycott, Divestment, and Sanctions” (BDS) movement, and we need your help to stop them.

The bills, (S. 720 and H.R. 1697), known as the “Israel Anti-Boycott Act,” would make supporting some boycott actions targeting Israel or Israeli settlements a felony punishable by up to a $1 million fine and 20 years in prison.

The Israel Anti-Boycott Act threatens the right to freedom of speech guaranteed by the First Amendment.

Both versions of the bill also include clauses making it illegal for companies or individuals to boycott illegal Israeli settlements based on campaigns led by bodies at the United Nations, European Union, or other international institutions.

Last August, the Maryknoll Office for Global Concerns and eleven faith-based organizations issued a statement in support of employing economic measures such as BDS as nonviolent tools for justice in Israel-Palestine:

“The BDS call issued in 2005 by over 100 Palestinian civil society organizations, seeks to promote a nonviolent response to end Israel’s 50-year military occupation of Palestinian territories and dismantle the separation barrier, much of which is built on Palestinian land; to recognize the full equality of Palestinian citizens of Israel; and to respect, protect, and promote the rights of Palestinian refugees to return to their homes and properties, according to UN resolution 194. U.S. churches, among many others, are clear in seeking an end to the occupation.”

Please help us send Congress a message that First Amendment rights are not to be compromised.