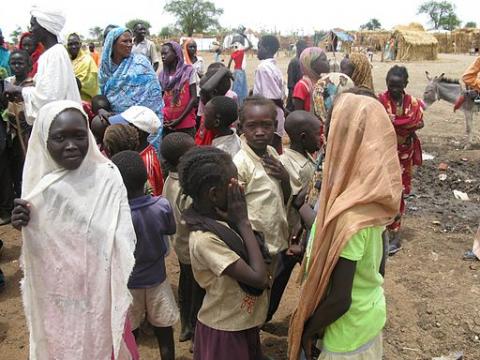 This Sunday, September 27, the Church  will celebrate the 106th World Day of Migrants and Refugees (WMRD). This year, Pope Francis has announced that the focus will be on Internally Displaced Persons, or IDPs, and the title of his official theme for WMRD is "Like Jesus Christ, Forced to Flee."

This is a day of prayer and reflection on the suffering faced by migrants and refugees around the world and the Church's call to be a beacon of hope and welcome for displaced communities. Join us as we pray, study, and act to mark this day.

Photo: Children queue for water in the Jamam refugee camp, courtesy of DFID via Flickr.