Labor trafficking: Sign letter to women of the U.S. Senate 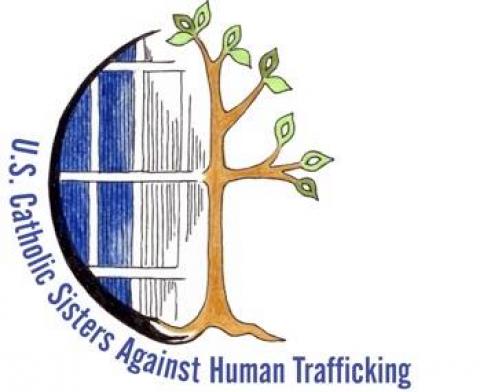 The Business Supply Chain Transparency on Trafficking and Slavery Act (H.R. 3226/S.1968) calls on corporations to strengthen their commitments to end human trafficking and modern day slavery by requiring them to disclose the policies and management systems they have in place to better identify and eradicate these violations within their global supply chains. Specifically, the bills would require public disclosures around auditing and verification procedures, risk assessments, training, remediation plans and accountability mechanisms that address trafficking and slavery risks.

Now our friends at U.S. Catholic Sisters Against Human Trafficking are asking all people to sign on to a letter to the 19 women of the U.S. Senate asking them to co-sponsor this bill.

We were encouraged when the women of the U.S. Senate chose to focus their common efforts in the 114th Congress on ending human trafficking. Many anti-trafficking bills have been proposed and passed during this session of Congress, most of which address sex trafficking. However, labor trafficking is an often overlooked - yet equally insidious - form of modern day slavery. Labor traffickers – including recruiters, contractors, employers, and others – use violence, threats, lies, debt bondage, or other forms of coercion to force people to work against their will in many different industries.

Labor trafficking exists everywhere, and sometimes goes undetected throughout supply chains that create many of the products being bought and sold all over the world. Here in the United States, many companies are unaware or unconcerned that their workers are being exploited at any point during the process of extracting, assembling, or constructing their products.

Recognizing the responsibility of all companies to work toward stopping the demand for modern day slavery, the U.S. Catholic Sisters Against Human Trafficking are building a movement to support the Business Supply Chain Transparency on Trafficking and Slavery Act (S.1968).  This is one of the few bills that begins to address issues related to labor trafficking. If passed, it would require the Securities and Exchange Commission (SEC) to create a rule that requires companies with annual worldwide gross receipts exceeding $100 million to report annually on their efforts to identify and eliminate all forms of human trafficking within their supply chains.

We, the undersigned members of U.S. Catholic Sisters Against Human trafficking and their allies,  urge all of the women of the U.S. Senate to join Senator Gillibrand in co-sponsoring S. 1968 and to invite your colleagues to do the same. We believe that your bipartisan support for this bill would go a long way to ensuring passage of this critically important legislation.

Click here to sign this letter which will be delivered to the women of the U.S. Senate.