Guatemala: Take action in solidarity with the people of Totonicapán 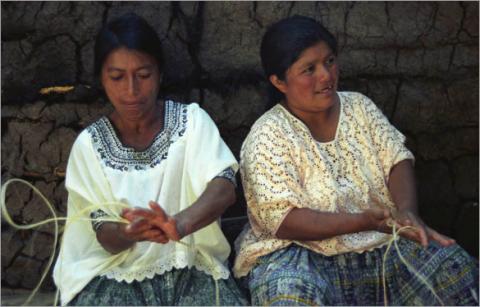 On October 4, 2012, K’iche’ citizens of Totonicapán, Guatemala, shut down the Inter-American Highway to protest several issues: electricity rate hikes; a series of constitutional reforms upon which indigenous peoples were not consulted; and a proposed change to the teaching curriculum which threatens to restrict access to education in rural areas.

The October 4 protest was organized as a peaceful way to bring attention to the fact that leaders from the 48 indigenous communities of Totonicapán were attempting to hold a dialogue in Guatemala’s capital that same day. The indigenous authorities traveled 200 kilometers to Guatemala City to speak with government officials about the negative impact of higher electricity rates on the people of the region. They also wanted to discuss proposed constitutional reforms related to the education curriculum and to indigenous peoples’ rights that had not been raised with the communities.

This latest incident increases anxiety over Guatemalan President Otto Perez Molina’s repressive security policy. As a retired general and a graduate of the U.S. Army School of the Americas, Perez similarly took disproportionately violent action against protestors in May. Perez is also seeking constitutional reforms that will authorize the use of the army in public safety. Perez’s heavy handed security measures, along with his support for already unsustainable, large scale development projects in indigenous territories, are two factors that have made life for indigenous people much harder.

The Maryknoll Office for Global Concerns stands in solidarity with the K’iche’ communities of Totonicapán as they mourn their losses and call for justice, and we extend our deep sympathy to the affected families and victims of the violence. We call on the government of Guatemala to launch an independent investigation to take punitive measures against those responsible for the violence; and to ensure the full spectrum of human rights for all citizens of Guatemala.

Take action: Write to the Guatemalan authorities (below) and ask: