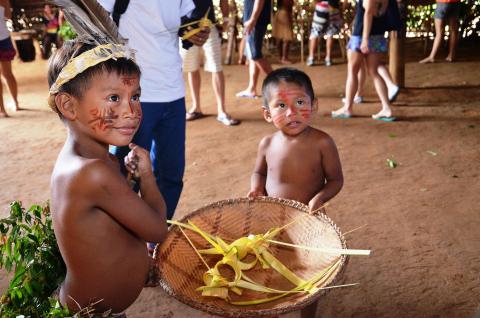 On Good Friday, as we remember the Passion, crucifixion, and death of Jesus, we can look to Brazil to witness another kind of crucifixion of a people who dare to stand up in defense of creation and human rights. Global Witness, an international NGO based in London that monitors the killings of land and environmental activists, has consistently named Brazil as one of the deadliest places to defend the planet.

Mining companies and big agriculture projects in the Amazon are most commonly associated with violent attacks against indigenous communities and communities of Afro-Brazilian decedents of freed slaves that speak out in defense of their land and the Amazon ecosystem. The new president of Brazil, Jair Bolsonaro, has pledged to further open up the Amazon rainforest to extractive industries, ignoring the threats against vulnerable communities and the ecological and social devastation by displacing people and driving up deforestation in a rainforest that is important to the health and wellbeing of the entire planet.

Click HERE to ask your Member of Congress to support a letter to Secretary of State Mike Pompeo urging him to denounce human rights violations and threats in Brazil.

U.S. Representatives Hank Johnson and Deb Haaland have drafted a “Dear Colleague” letter and are seeking other representatives to join their letter to Secretary of State Mike Pompeo. They are asking Secretary Pompeo to denounce President Bolsonaro’s attacks on human rights defenders and to demand swift action in investigating and prosecuting emblematic cases such as the execution-style murder of Marielle Franco, an Afro-Brazilian gay feminist and Rio de Janeiro council member shot just one year ago.

For Earth Day on April 22 and the Easter season, ask your Member of Congress to protect human rights defenders and God’s creation in Brazil.