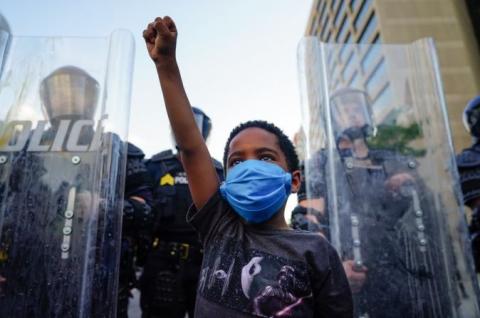 In the summer of 2020, the leaders of the Maryknoll Sisters, Fathers and Brothers, and Lay Missioners wrote in a joint statement, “It is painfully clear that the United States has never fully atoned for its original sin of slavery and the proceeding century of racial discrimination in law and in culture… We pray that this is the birth of the new will needed to transform ourselves and our society.”

Now, Congress has an opportunity to pass H.R. 40, a bill that would establish a commission to study the legacy of slavery in the United States, its impact today, and ways forward toward healing and reconciliation.

Take action: Ask your Member of Congress to support H.R. 40.

Maryknoll missioners witness the impacts of racism at home in the United States and abroad. As Christians, we are called to assert the dignity of all people and reject all forms of dehumanization. We call on Congress to pass H.R. 40 as a step toward addressing the legacy of slavery and ongoing racial injustice.