Since February 7, protests have erupted across Haiti over allegedly misappropriated government funds and a massive devaluation of the Haitian currency, the gourde.

The following action alert was published in the May-June 2017 issue of NewsNotes. 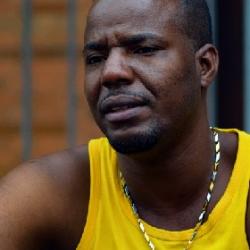 The aftermath of Hurricane Matthew is no time to put extra demands on Haitians trying to recover. Ask the U.S. to stop deportations to Haiti. 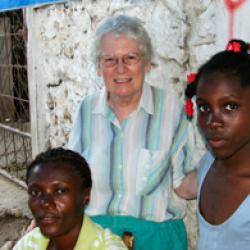 Join us in asking the USDA and USAID to immediately cancel plans to ship U.S. peanuts to Haiti.

A coalition of faith and development organizations, including the Maryknoll Office for Global Concerns, sent a letter to the U.S. Department of Agriculture (USDA) and U.S. Agency for International Development (USAID) calling for the immediate cancellation of USDA’s planned shipment of 500 metric tons of U.S. peanuts to Haiti.

The following article was prepared by Chris Smith, a Maryknoll Affiliate who is volunteering with the Maryknoll Office for Global Concerns, and was published in the March-April 2015 NewsNotes. 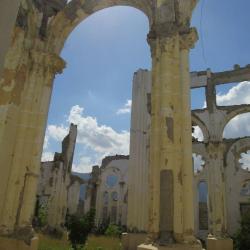 Judy Coode with the Maryknoll Office for Global Concerns participated in a February 2015 delegation to Haiti; this reflection is based on that visit. 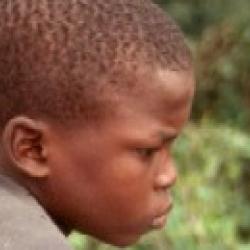 On January 27, 51 people, including 30 Dominican-born children, some of their mothers and 14 other adults were deported without due process to Haiti from the Dominican Republic. More mass deportations of Dominicans of Haitian descent and Haitian migrants are feared.

According to a formal protest to the World Bank filed on January 7 by the Haiti Mining Justice Collective, the Bank agreed to help the Haitian government rewrite its mining laws in March 2013, and several months later, a task force comprised of representatives of several government ministries and Bank experts began drafting a new mining law. 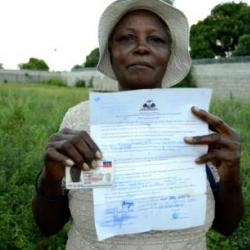 The following alert is from our colleagues at ActionAid USA.