U.S. Faith-Based Coalition Calls on World Bank to Take Climate Action in the Time of COVID 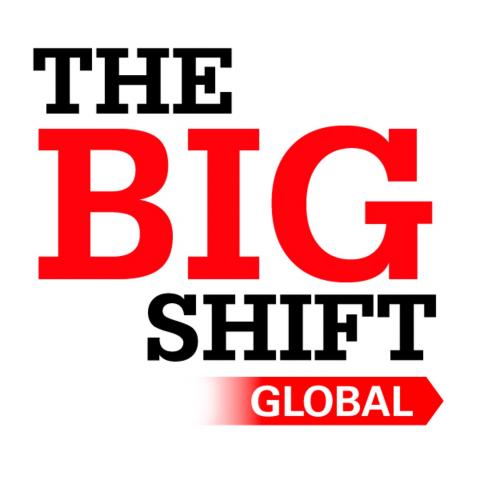 The Maryknoll Office for Global Concerns joins several other faith-based organizations in the U.S. in launching a campaign in support of Big Shift, a global effort calling on the World Bank to end support for fossil fuels and shift investment to renewable energy. Click here to sign the campaign's petition to the World Bank.

A coalition of faith-based organizations in the United States will launch a campaign tomorrow in support of Big Shift, a global effort calling on the World Bank to end all support for fossil fuels and shift investment to renewable energy access in the time of COVID-19 and beyond. The World Bank continues to subsidize fossil fuels, which fans the flames of the ongoing climate emergency, despite scientific evidence showing the impact of continued investment and usage of such fuels. The campaign, which will drive support for a petition to World Bank President David Malpass, begins tomorrow and will be promoted through May 24th.

The launch coincides with the buildup to the fifth anniversary of Laudato Si’, Pope Francis’s second encyclical, which calls for care of “our common home” and laments environmental degradation and global warming.

"Five years ago this week, Pope Francis urged the world to replace highly polluting fossil fuels with renewable energy without delay (Laudato Si’ 165),” said Susan Gunn, director of the Maryknoll Office for Global Concerns. “While some progress has been made in the shift towards a renewable energy economy, more still needs to be done, especially by large institutions whose great financial and political resources come with great responsibility. That is why we're asking the World Bank to stop supporting fossil fuels. In this time of acute crisis, we need them to help lead the way forward towards a more sustainable future for everyone."

The coalition behind this week’s effort includes the Maryknoll Office for Global Concerns, Columban Center for Advocacy and Outreach, Center for Earth Ethics, Sisters of Mercy of the Americas’ Justice Team, and Church World Service, all of whom support the work of the global Big Shift initiative, a network of civil society groups representing 112 partner organizations.

The petition (in English and Spanish) comes in the form of a letter, which addresses the current situation and calls for immediate action:

“As people of faith and conscience from diverse traditions in different countries, we lament the devastating impacts of COVID-19 which are occurring at the same time as communities are experiencing the far-reaching implications of the changing climate - from huge wildfires to extreme droughts and flooding. No one is immune to COVID-19, which is leaving a trail of death and illness, overburdening and overwhelming health care systems and workers around the world. It is leaving untold economic damage in its wake that will have repercussions for years to come.

Both climate change and COVID-19 fall hardest on the poorest and most vulnerable communities and nations who are at greatest risk because of pre-existing health, gender, racial, ethnic and economic inequities. Additionally, 840 million people still live without having access to the energy needed to improve their economic and developmental outcomes and respond to COVID-19.”

The group specifically called on President Malpass to:

•    Phase out lending for all fossil fuels after 2020, including coal and natural gas
•     Develop a clear strategy to improve access to energy through small scale renewable energy sources

The petition notes that this call is in line with World Bank commitments to support the Paris Agreement goal of limiting global temperature rise to less than 1.5C and the United Nations Sustainable Development Goal seven (SDG7) to provide sustainable energy access for all by 2030.

”Shifting the Bank’s energy portfolio would demonstrate the moral leadership urgently needed during these difficult times,” the petition reads. “ Doing so represents good environmental and financial stewardship which will send a clear signal to other governments, finance institutions and markets.”

For more information about Big Shift and the efforts to encourage the World Bank to support renewable energy in the time of COVID-19, contact media@cwsglobal.org.