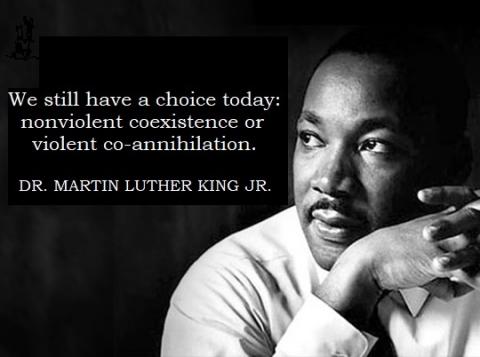 We Must Stop the Potential for Further Violence in Syria: War Is Not the Answer

APRIL 13, 2018 – On Tuesday, April 10, President Trump and his advisers weighed a more robust retaliatory strike against Syria than last year’s missile attack, reasoning that only an escalation of armed force would look credible and possibly serve as a deterrent against further alleged use of chemical weapons on Syrian civilians (New York Times).

Under the Constitution and the War Powers Resolution, Congress, not the President, decides when the U.S. will use military force.

President Trump is threatening to use military force to attack the government of Syria without Congressional authorization. Such action would not only be ill-advised; it would be unconstitutional.

As the Congressional Progressive Caucus has stated, "President Trump does not have the power to authorize military force in Syria –  he must come to Congress first."

We must not let our justified outrage at the suspected use of chemical weapons serve as a rationale for expanding the war in Syria and causing further suffering.

Pope Francis, no stranger to the challenges of abolishing war and promoting peace, in his 2017 World Day of Peace message called on all nations and peoples of the world “to make active nonviolence our way of life.” This is not a naïve or sentimental wish. It is based on a realistic judgment that human life is being crushed by war in Syria, and that the fate of future generations and world peace is at stake. Pope Francis went on to say, “Countering violence with violence leads at best to forced migrations and enormous suffering.”

Years of a brutal dictatorship bombing its own people, non-state violence, and armed intervention by global powers taking sides in the civil war has only added fuel to the fire, and turned the civil war into a proxy war among non-state groups and regional and global powers, including Russia, Iran, Turkey, Saudi Arabia, and the United States. If we expect to achieve peace, then we need to use peaceful means.

After more than seven years of war, millions of Syrians displaced from their homes or in exile, and nearly a half a million people dead, the tragedy of the Syrian people cries out for an inclusive diplomatic, negotiated solution to the conflict. We need to break the vicious cycle of violence with transforming initiatives that will lead to a just and lasting peace.

Ending the war in Syria through the just peace norm of inclusive diplomacy and dialogue and saving lives must be the priority. War is not the answer. War is never the answer.

To prevent further escalation and unsustainable solutions, as well as the real danger of a deepening spiral of violence becoming a regional or global conflict, we call on our own government to pursue all creative, courageous, peaceful paths and all channels of negotiation, including the U.N. Security Council. For peace negotiations to be successful, all stakeholders need to be at the table, including civil society leaders and all willing armed actors.

Such creative and inclusive initiatives must focus attention on the actual, genuine, human needs of all stakeholders rather than primarily on national “interests” and geo-political power. Such attentiveness lifts up the role of trauma in fueling this violence, and points to the need to incorporate trauma-healing in any inclusive, sustainable dialogue process.

Dr. Martin Luther King Jr. said it best, 50 years ago, in his historic address at Riverside Church in New York when he publicly spoke out against the war in Vietnam: “We still have a choice today: nonviolent coexistence or violent co-annihilation …  The choice is ours, and though we might prefer it otherwise, we must choose in this crucial moment of human history.”

We invite people of all faith traditions to join us in prayer and action for peace, as we call upon our nation’s leaders to work for a negotiated solution to the war in Syria, and for a humanitarian solution to the tragedy of the millions of Syrian families displaced by the war or seeking refuge in other countries, including our own.

The time is urgent – we must act now to prevent further suffering and a dangerous escalation of violence that threatens global peace.

Sara Dwyer, ASC
Adorers of the Blood of Christ (ASC)

Institute Leadership Team
Sisters of Mercy of the Americas