Statement on the U.S. Decision to Slash Refugee Resettlement in 2020 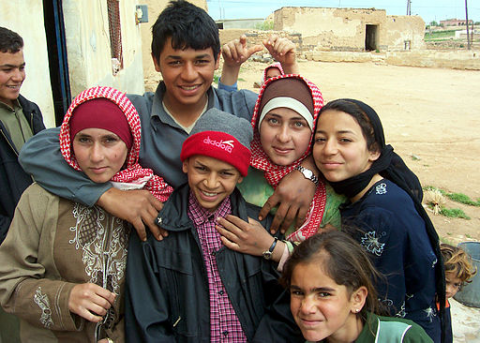 The text of the statement can be read in pdf form here.

Last night, the Trump administration announced a drastic cut to the number of refugees resettled annually in the United States. The White House plans to allow only 18,000 refugees to resettle in the United States in the 2020 fiscal year, the lowest number in U.S. history. This is a significant decrease from our nation’s historic average of resettlement of 95,000 refugees annually. At the same time, President Trump issued an executive order saying his administration would seek the approval of state and local governments to resettle refugees in their communities, a major shift for a federally directed program.

“By reducing the resettlement number to a pittance and allowing states and localities to ban refugees, President Trump is turning his back on our nation’s values, traditions, and humanitarian commitments,” said Susan Gunn, Director of the Maryknoll Office for Global Concerns. “This is a moral failure and an offense to our faith and the clear lessons in our Scriptures to welcome the vulnerable. It is particularly cruel to refugee families already approved for resettlement and awaiting to travel. In this moment, our hearts mourn for families seeking hope.”

As the trend of chronic, violent conflict continues around the world, Maryknoll missioners are encountering more and more vulnerable people on the move—in Myanmar, Cambodia, Thailand, South Sudan, Uganda, Haiti, Brazil, El Salvador, Guatemala, to name a few. The United Nations reported last year that the world is witnessing the highest levels of displacement on record.

An unprecedented 71 million people around the world have been forced from home. Among them are nearly 26 million refugees, over half of whom are under the age of 18.

Resettlement is a refugee’s last option for safety. To be considered for resettlement, a refugee must first receive a refugee status determination by the UN refugee agency (UNHCR) by proving they are fleeing persecution based on their ethnicity, nationality, religion, political opinion, or social group. Refugees are the most thoroughly vetted individuals in the United States.

Once here, refugees are known to have a positive impact on their new communities, with higher workforce participation and entrepreneurship than the national averages. Outside of the United States, refugee resettlement has a positive impact on U.S. foreign policy by promoting regional stability and demonstrating solidarity with allies.

The bitter truth is our country is largely failing long-suffering people who are forced to flee their homes because of violence and persecution and who are crying out for refuge. Pope Francis has said, “Refugees are not numbers, they are people with faces, names, stories, and need to be treated as such.”

We join our faith partners around the country in asking President Trump to demonstrate moral leadership and affirm support for the resettlement of refugees from all over the world to the United States. “We will not stop voicing our belief in the benefits of refugees to our communities,” Gunn said.

Ask your Senators to support the Grace Act (H.R. 2145), which would establish an annual minimum for refugee resettlement of 95,000, the historic annual average number.