Maryknoll Statement on Violence at the U.S. Capitol 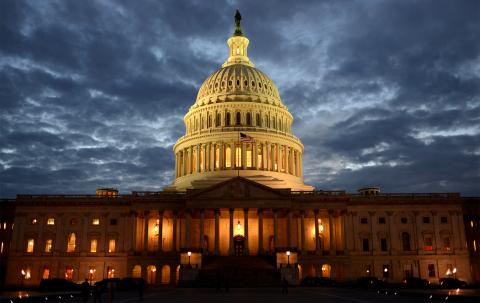 The Maryknoll Office for Global Concerns released the following statement on January 6, 2021, condemining the violence at the U.S. Capitol.

As representatives of Maryknoll missioners and as citizens of the United States, we are appalled that a violent mob has stormed the U.S. Capitol Building in an attempt to disrupt the ceremonial counting of the electoral votes that confirms President-elect Joe Biden’s win. We condemn all acts of violence and attempts to subvert the exercise of democracy through a free and fair election.

We call on President Trump and elected officials to condemn the disgraceful behavior witnessed today at the Capitol and to leave behind the hateful rhetoric, false claims, and failures in leadership that have led to it. We call on elected officials to practice civility, promote respect and unity, and pursue the kind of “political charity” named by Pope Francis in Fratelli Tutti.

Maryknoll missioners live and work with vulnerable communities in nations where democratic norms often are fragile or non-existent. We know the depth with which people in other nations count on the United States to honor its founding principles of democracy, constitutional order, and the rule of law. After the shameful and shocking events of today, we call on elected officials and all people of the United States to live up to these expectations, uphold democratic norms, and support a peaceful transfer of power.

We pray for the safety of all people at the U.S. Capitol Building and for the future of our country.

Photo: End of the Government Shutdown 2013 by Stephen Melkisethian, available on Flickr.