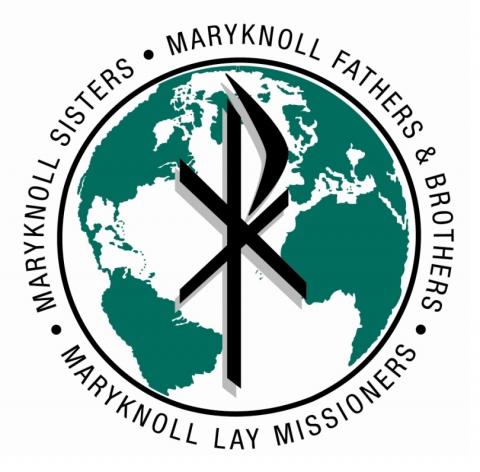 As the leadership of the Maryknoll Sisters, Maryknoll Fathers and Brothers and the Maryknoll Lay Missioners, we denounce the cruel and immoral “zero-tolerance” immigration policy enacted by the Trump Administration which has resulted in the separation of over 2,300 children from their parents, the criminal prosecution of anyone who crosses the U.S.-Mexico border illegally, and severe restrictions on asylum applications. This policy takes the United States down a path clouded by fear, violent rhetoric, and distorted ideologies that violate our core values as Americans and as Christians.

Maryknoll missioners live and work with the poorest and most marginalized peoples around the world, including communities of migrants and refugees who have fled unrelenting violence, corruption, and impunity in Central America, especially in El Salvador, Guatemala, and Honduras. We bear witness to their suffering, their hope, and their will to live.

We echo the words of Archbishop José H. Gomez of Los Angeles, who said, “We are now a nation where zero tolerance means no mercy.” To criminalize those who come seeking asylum, to escalate their trauma in terms of detention and confinement, and to routinely separate children from their parents is extreme, inhumane, and contrary to our core Christian values to welcome the stranger and safeguard the sanctity of the family. We call on the United States to eliminate these unjust policies immediately, to reunite families, and to regulate its borders with justice and compassion.

Family detention must end. While President Trump signed an executive order on June 20 ending his own policy of separating families at the U.S.–Mexico border, the ”zero tolerance” policy calls for families seeking asylum in the United States to be held together, in detention, indefinitely. Detaining families fleeing persecution and violence demeans the God-given human dignity of these vulnerable people who have come seeking protection. There are humane alternatives to family detention. The best solution would be to release families to sponsors or place them in community-based alternatives to detention programs, which are less expensive, more effective, and much more humane.

Seeking asylum is not a crime.  It is a human right recognized by international law.  It is time to end the detention of asylum seekers. The Trump Administration’s portrayal of asylum-seekers as “criminals,” threatening them with indefinite detention, trials and deportation, is a cruel effort to stigmatize, terrorize and expel traumatized people. All immigrants seeking asylum should have their cases heard, including those fleeing gang violence, threats to their family, domestic abuse, and any other form of targeted community violence.

It’s time to address the root causes of migration. “Zero tolerance” does not address the root causes of this crisis, especially the intolerable violence in the “Northern Triangle” countries of El Salvador, Guatemala and Honduras. Migrants from these countries are risking their lives to reach our southern border because of gang violence and forced recruitment of youth into gangs; extreme poverty and lack of jobs; state-violence, corruption and human rights abuses; and domestic violence – Honduras and El Salvador have some of the highest rates of femicide (killing of women) in the world.

We believe that in the process of enforcing immigration laws, the U.S. government is obligated to protect the human rights and dignity of all migrants, with particular consideration for those most vulnerable – refugees, asylum seekers, and children. Ultimately, for our broken immigration system to be fixed, part of the solution must be to help Central American countries to resolve these root causes of migration, giving families the possibility of staying in their homeland and finding the means to live with dignity.

To our fellow Catholics we say: Join us in prayer for a conversion of hearts, to love God and love one’s neighbor, to welcome the stranger as Christ in our midst. Speak up to Congress, urge them to pass laws that keep families together and fix our broken immigration system. Seek out ways to assist vulnerable immigrant families in your community in productive ways that help them comply with our immigration laws –- ensure they know their rights and responsibilities in this country; help migrants get legal counsel; accompany them to legal proceedings; and welcome these families in our parishes.

To all our fellow citizens: Let us each commit ourselves to listen carefully, and then make our voices heard; to dialogue with those whose politics is different than ours, and then together find the solutions for the common good. Above all, let us affirm the core values of our democracy and act on behalf of liberty and justice for all.