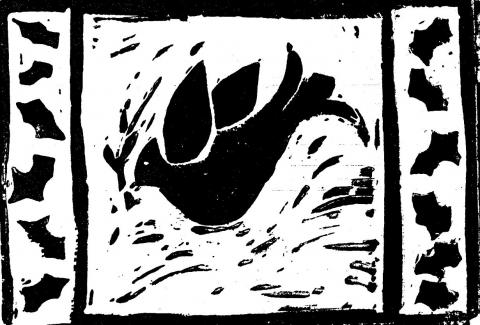 On behalf of the Maryknoll Office for Global Concerns, Susan Gunn, Director, signed the following letter to President Biden strongly encouraging him to adopt a policy that sets the United States on course not just to “curtail the use of landmines,” but to ban their use, production, acquisition, and transfer and to swiftly accede to the 1997 Mine Ban Treaty.

We appreciate the statement by our UN Ambassador Linda Thomas-Greenfield on April 8 that: "President Biden believes we need to curtail the use of landmines. Now, there has been some discussion of the previous administration’s landmine policy… Biden has been clear that he intends to roll back this policy, and our administration has begun a policy review to do just that.”

In response to the announcement that the administration is conducting a policy review, we -- the U.S. Campaign to Ban Landmines - U.S. Cluster Munition Coalition (USCBL-USCMC) and our partners -- strongly encourage you to adopt a policy that sets the United States on course not just to “curtail the use of landmines,” but to ban their use, production, acquisition, and transfer and to swiftly accede to the 1997 Mine Ban Treaty.

Over the past twenty years, the world has rejected antipersonnel landmines through the Mine Ban Treaty – to which 164 countries, including every other member of NATO, are states parties – in recognition of the horrific effects of landmines on civilian communities around the world. While not a signatory, under President Barack Obama’s 2014 policy the U.S. had functionally adhered to key provisions of the Mine Ban Treaty – except those prohibiting the U.S. from ordering the use of landmines on the Korean peninsula.

While the Obama administration brought U.S. policy further in line with the Mine Ban Treaty, it did not take specific measures toward U.S. accession. Under the 2014 policy, the U.S. committed not to assist, encourage, or induce other nations to use, stockpile, produce, or transfer antipersonnel mines outside of Korea. It also committed to no future production or acquisition of antipersonnel mines, while allowing current U.S. stockpiles to expire.

However, the new landmine policy announced in January 2020 by the Trump administration further set the U.S. apart from its allies and the global consensus by allowing for the use of landmines anywhere in the world. While the new policy claims that non-persistent mines minimize civilian harm, the Mine Ban Treaty rejects the use of such mines and the faulty premise underpinning them.

Decades of efforts to enhance the “safety” of landmines have failed. No matter the technology, landmines are indiscriminate weapons. Regardless of their lifespan, they are victim-activated and do not distinguish between a combatant or a civilian while active, rendering them incapable of abiding by international humanitarian law.

In recognition of the dangers landmines pose to civilians and U.S. service members alike, the United States has not used antipersonnel landmines since 1991, excluding the use of a single munition in 2002; it has not exported them since 1992; and has not produced them since 1997. In the last five years, only the government forces of Syria, Myanmar, and North Korea, as well as non-state actors in conflict areas, have used antipersonnel landmines.

Of the more than 50 countries that once produced landmines, 40 have ceased and renounced production. Under the U.S. landmine policy introduced by the Trump administration, the United States would join the small handful of countries that defy the global norm against landmines by permitting production of these banned indiscriminate weapons.

We have a moral obligation to the past victims of landmines and to future generations to do better.

Additionally, despite significant backsliding on U.S. policy regarding antipersonnel landmines, the U.S. can and should be proud of its world-leading funding and technical support to mine clearance, stockpile destruction, mine risk education, and victim assistance efforts across the globe -- amounting to more than $177 million in 2019 alone. We urge your administration to continue this important humanitarian mine action work.

As you and your team evaluate current policy, we urge you not simply to go back to the Obama-era policy, but to build back better.

We appreciate your commitment to improving U.S. landmine policy and welcome the opportunity to work with your team as it moves forward with the policy review.