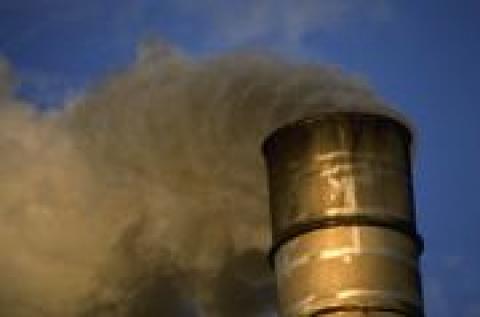 With nearly 100 years experience in joining our lives with communities and people throughout the world, Maryknoll missioners discovered something that others were able to realize only after seeing Earth photographs that astronauts took from space. We are one humanity interconnected with all matter on a tiny planet within a vast, expansive universe. We are challenged now to act quickly to rescue Earth and its inhabitants from destruction and extinction.

At the heart of the current global social and ecological crises is an economic system that tries to lock interconnected societies into unsustainable patterns of production, over-consumption and waste generation, all driven by the mandate to grow. To date this growth-driven economic model has proven to promote overgrowth in some areas while leaving vulnerable populations with no benefits of development.

Maryknoll missioners have witnessed a critical diminishment in the quality of life in many isolated and marginalized communities as the tentacles of the dominant economic system spread through lending agreements laden with conditionalities, trade agreements and the unregulated actions of transnational corporations. We encourage the leaders of nations to see Earth as a whole and to turn attention to its critical predicament by refocusing the objective of all systems and institutions, especially economic ones, toward a life of fullness and dignity for all people and Earth.

Operating under a system of unchecked and seemingly limitless growth, industrialized countries threaten the integrity of Earth’s climate, over-consume shared resources that belong equally to all people, and maintain lifestyles that continue to threaten the lives and livelihoods of the majority of the planet’s impoverished population. Globally, Earth’s resources are used, controlled, hoarded and/or polluted by a few while the majority of the world’s people suffer the impact of these losses.

This is also important to well-being in the North. Maryknoll missioners note that the majority of people living in industrialized countries like the U.S. are beginning to feel a deep separation from Earth. Many of these people no longer produce what they consume and have lost their sense of self as co-producer, co-creator with God. They see themselves as consumers, compelled to eat, drink, use, buy, spend, not only to sustain themselves, but to enhance self-worth which is equated with consumption. People have put aside their relationship with God and God’s creation to allow consumption to rule their lives. In faith terms this is a loss of spirituality, in its fullest expression, is idolatry.

As local communities of Maryknoll missioners and colleagues around the world reflected on how best to respond to the current global crises, some of the most important principles they raised were sufficiency, solidarity and accountability. These principles are further explored in the attached document, excerpts from “Global climate change: The most critical challenge in the 21st century,” a reflection paper written by Maryknoll missioners in 2007.

In brief, sufficiency, part of the Jubilee tradition, is a way of being that accepts “enough” and “limitation.” In the cycles of the natural world each species has a right to exist and draws what it needs for life from its surroundings—enough and not more than it needs. Solidarity with other humans and Earth is also essential. It redirects societal focus toward complementarity rather than competition. Living well comes not only from what brings one income, but also from cultural identity, and finding harmony with other humans and Earth. Accountability: the economy exists to serve the Earth and its inhabitants. For too long the reverse has been true causing enormous economic and ecological debt.

Additionally, Maryknoll missioners felt that what is desperately needed is a deep understanding of our interdependence – each species, individual and community is dependent upon the continued existence and well-being of others. This concept of relationship is critical. Embracing it helps communities and societies focus on complementarity rather than competition and to welcome diversity, the key essential ingredient to our survival. As the economy expands and production becomes more and more “efficient” it takes on “assembly line” uniformity, but Maryknoll missioners have learned in their service to communities overseas that diversity brings richness and beauty. With crop and seed diversity communities have survived droughts; with diverse mutations, plant, insect and animal species have survived environmental changes – diversity will provide us with keys to solving future crises.

Though there are diverse human cultures, customs, languages, political traditions and practices, all humans are related to each other and dependent on Earth. We stand with others of good will ready to make decisions to serve the good of our one common humanity and the best interest of Earth, mindful of its need to rest, regenerate and repair.

Global economy imperils Earth, a statement from the Maryknoll community

Excerpts from "Global climate change: The most critical challenge in the 21st century"