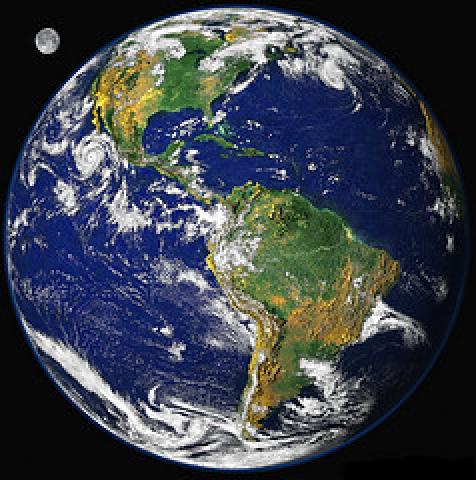 The Maryknoll Office for Global Concerns released the following statement in response to the series of executive actions released by the Biden administration on January 27, 2021, aimed at addressing the climate crisis.

“Re-entering the Paris Climate Agreement was the first, crucial step for the United States to recommit to climate action. We applaud the Biden-Harris administration for taking further immediate actions to address the climate emergency. The climate crisis has reached a boiling point and we cannot wait for decisive action any longer.

The executive actions place climate impacts where they belong – at the center of foreign and domestic policy – and pave the way for the United States to build back better from the global health pandemic in a manner that is climate resilient, economically just, and socially inclusive. These decisions are good for people living in the United States and for all God’s creation.

The executive actions signal to the international community that the United States is indeed “still in” and open to collaboration to address this most dire threat. We are most excited about the United States’ renewed commitment to a robust nationally determined contribution to the Paris Agreement, a generous pledge of climate finance to help low- and middle- income countries become more resilient to a changing climate, the adoption of the Kigali Amendment, the transition of public financing and development away from fossil fuels and into renewable energy, and the appointment of a Special Envoy for Climate. While much more action is needed to ensure our world avoids the worst impacts of the climate crisis, these executive orders get the ball rolling for more ambitious action.

We see some key ingredients in the executive orders that give us hope for a just and sustainable transition after the COVID-19 economic crisis, including the call for more government procurement of American-made clean energy electricity and vehicles, as well as for initiatives to create new jobs in conservation and climate resilience in vulnerable communities. We would also like to see the Biden administration support a just and resilient recovery abroad through foreign assistance and by ensuring that U.S. trade policies do not act as a barrier to emerging industries in other countries promoting environmental sustainability.

Last, but not least, we celebrate the Administration’s commitment to science-based decision making on climate. We look forward to President Biden hosting a historic climate summit with world leaders on Earth Day, April 22, and moving forward together to restore our common home.”