Cold War with China is a Dangerous and Self-Defeating Strategy 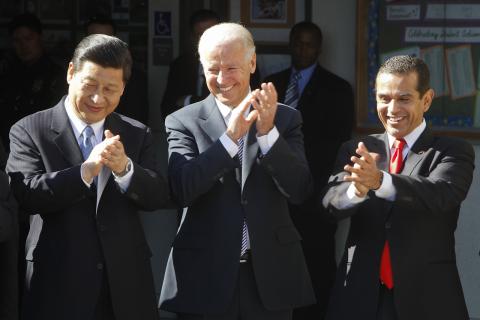 The Maryknoll Office for Global Concerns joined 65 other organizations in signing the following statement expressing opposition to a Cold War mentality that is increasingly driving U.S.-China policy.

We, the undersigned organizations that represent millions of people across the United States, are deeply concerned about the growing Cold War mentality driving the U.S. approach to China. Although our organizations may have different mandates or ideological persuasions, we know that the new Cold War with China currently being pushed in Washington does not serve the millions of people demanding change across this country nor the billions of people affected by U.S. foreign policy abroad, and will instead lead to further insecurity and division.

Worryingly, both political parties are increasingly latching onto a dangerously short-sighted worldview that presents China as the pivotal existential threat to U.S. prosperity and security and counsels zero-sum competition as the primary response. This narrative is not only growing in our foreign policy discourse, but also is increasingly being used to justify widely popular domestic policies, like those in the Endless Frontier Act, that provide broad social and industrial investments. Anti-China framing for such initiatives is not only politically unnecessary; it is harmful, as it inevitably feeds racism, violence, xenophobia, and white nationalism.

The true global security challenges of today — like economic inequality and lack of opportunity, climate change, nuclear proliferation, pandemics, financial crises and supply chain disruption, and ethnonationalism — will require joint, non-military solutions with China and other countries. While the administration and many in Congress acknowledge the need for cooperation on issues of global concern such as climate change, presenting the U.S.-China relationship as a zero-sum economic and military struggle between democracy and authoritarianism, as the Strategic Competition Act does, creates a political environment that leaves little room for such cooperation.

Instead, the level of demonization and outdated Cold War thinking driving such efforts threatens to fuel destabilizing arms-racing and risks escalation towards a predictably devastating conflict. It also undermines the human rights agenda, providing ammunition for the Chinese government's claim that criticism of abuses — including from rights advocates within China — is aimed at weakening China. Moreover, such approaches pave the way for U.S. policy to undermine human rights and good governance in pursuit of short-sighted security partnerships with rights-abusing, authoritarian governments simply to compete with Beijing.

President Biden and Congress should focus on innovation, cooperation, and multilateral approaches, not hostility and confrontation, to address shared challenges and areas of concern. What everyday Americans need to secure their futures is not the suppression of the Chinese economy — one that is intimately intertwined with our own — but a fundamental restructuring of our own economy through investments in innovation and green jobs; strengthening labor and raising wages; rooting out systemic racism, sexism and inequality; and ensuring affordable health care, housing, education, and a livable planet. More broadly, the prosperity of working people in the United States and China alike demands building a more equitable global economy that maximizes human wellbeing overall rather than corporate profits. Wasting more money on the Pentagon and inflaming ethnonationalism and racism will not serve these goals.

This moment presents a once in a lifetime opportunity to fundamentally change how the U.S. government builds the security of its people — and more militarization and demonization of China is a distracting and self-defeating strategy toward this goal. If the U.S. government doesn’t change course quickly, this dangerous bipartisan push for a new Cold War with China risks empowering hardliners in both countries, fueling more violence against Asian American and Pacific Islander communities, and failing to confront the truly existential shared threats we face this century.