The Work to End Title 42 Continues 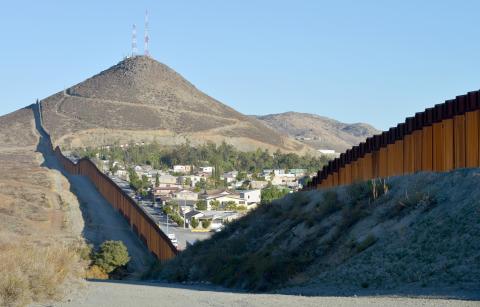 The Maryknoll Office for Global Concerns issued the following statement on May 31, 2022.

The Maryknoll Office for Global Concerns laments the preliminary injunction issued by Judge Robert Summerhays of the U.S. District Court for the Western District of Louisiana that will temporarily halt the Biden administration’s effort to end Title 42 expulsions at the border. Initiated by the Trump administration, Title 42 is a public health order that has allowed border authorities to expel migrants immediately without allowing due process for asylum claims.

“We rejoiced when the end to Title 42 was announced, and now we are grieved that it will continue into the summer, given the great harm it continues to cause,” said Susan Gunn, director of the Maryknoll Office for Global Concerns. “We urge the Biden administration to do everything in its power to bring a true end to Title 42 as soon as possible and to follow through on their commitment to restore the asylum system.”

Title 42 has led to around 1.9 million rapid expulsions of migrants and has been linked to nearly 10,000 incidences of violence against expelled migrants since its inception. The Maryknoll Office for Global Concerns has joined public health experts, immigration lawyers, and others in crying out against this disastrous policy.

“Title 42 is a stain on our nation and a threat to the functioning of the rule of law in our asylum system,” Gunn concluded. “As people of faith, we will continue crying out for an end to this policy and for a humane and robust system of protection for asylum seekers.”