Maryknoll OGC Asks for the Repeal of the 2002 Iraq AUMF 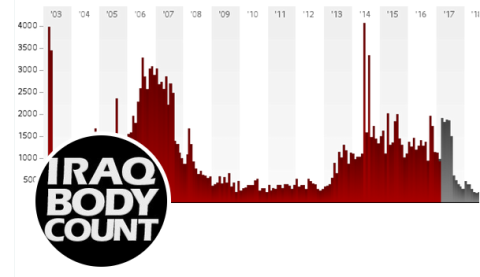 Maryknoll Office for Global Concerns joined 34 other organizations in asking Majority Leader Schumer for the repeal of the 2002 Resolution for the Authorization for Use of Military Force Against Iraq. Read the statement as a PDF.

We are a diverse coalition of organizations from across the ideological spectrum, including those who focus variously on government accountability, military families, faith-based initiatives, and human rights. We write to urge you to send a measure repealing the Authorization for Use of Military Force Against Iraq Resolution of 2002 (2002 Iraq AUMF) to President Biden’s desk before the year’s end. Despite its exclusion from the National Defense Authorization Act for fiscal year 2023, multiple legislative pathways still exist to secure this long overdue repeal. Rescinding the 2002 Iraq AUMF would mark a much needed exercise of Congress’s duty to determine when and whether the United States goes to war, while ratifying its strong bipartisan will on the issue. Congress passed the 2002 Iraq AUMF more than 20 years ago to authorize the use of force against Saddam Hussein’s Iraqi regime. After the deaths of approximately 120,000 Iraqi civilians and 4,500 US service members, and more than $800 billion spent, this war was formally declared over in 2011. The Biden administration has confirmed that the 2002 Iraq AUMF is not needed for any ongoing military activities and endorsed the authorization’s repeal. The prospect of repealing the 2002 Iraq AUMF is decidedly bipartisan. Rep. Barbara Lee’s (CA-13) H.R. 256 to repeal the authorization passed the House in 2021 with a wide bipartisan majority of 268-161, including 49 Republican votes. S.J.Res. 10, led by Sens. Tim Kaine (VA) and Todd Young (IN), currently has 40 Democratic and 11 Republican cosponsors and passed out of the Senate Foreign Relations Committee in 2021 on a bipartisan 14-8 vote. The Senate should take up either of these standalone measures before the end of the year, sending H.R. 256 directly to the president or voting on S.J.Res. 10 and sending it to the House for swift final passage.

Repeal of the 2002 Iraq AUMF could also be achieved via the omnibus spending package. The defense spending bill reported out by the House Appropriations Committee includes a measure to repeal the authorization – Section 8149 of H.R. 8236. This provision should be retained in the final appropriations agreement.

Repealing this outdated and unnecessary law would constitute a basic act of constitutional hygiene while also ensuring that the 2002 Iraq AUMF cannot be misused to breathe new life into an unforeseen national security crisis, driven by an unchecked president. Members of Congress who were not yet old enough to vote in 2002 may awaken to news of the president using an authority in which they had no say to justify entirely unrelated U.S. military operations. This scenario has already played out once, in early 2020; there is nothing to prevent it playing out again, until Congress takes the 2002 Iraq AUMF off the books.

In repealing the 2002 Iraq AUMF – whether by standalone vehicle or through the omnibus spending package – Congress would finally reclaim its constitutional war powers in a manner both deeply significant and increasingly uncontroversial. We urge you to seize this opportunity to get it off the books for good.