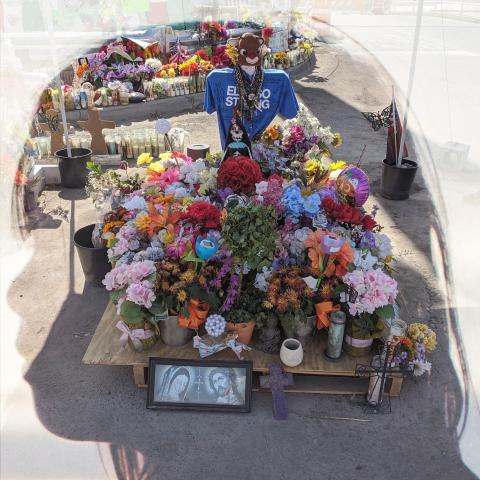 Maryknoll Office for Global Concerns joined 253 other organizations in calling on the incoming House of Representatives to issue humane migration and refugee legislation that is humane.

Read the full letter as a PDF.

With the new year comes new opportunities for the U.S. government to establish a humane and orderly immigration policy that respects human rights. The newly elected majority in the House of Representatives, however, is moving in the opposite direction, rolling out an intentionally divisive legislative agenda that panders to hate and anti-immigrant animus rather than actual policy solutions. Among the first bills expected to go to the House floor is the “Border Safety and Security Act,” which would, as a practical matter, shut our border to all asylum seekers, no matter how strong their cases might be.

The undersigned organizations urge Members of the House of Representatives to vote no on the “Border Safety and Security Act” and on the full slate of anti-immigrant bills we expect to see introduced in coming months.

The “Border Safety and Security Act” would require a wholly unserious and harmful metric to be met before any asylum claim could be entertained, inevitably ending access to asylum at all U.S. borders, even for children. Specifically, the bill would seal off all borders and ports of entry to asylum seekers if Department of Homeland Security (DHS) agents cannot detain or return to Mexico all arriving asylum seekers and migrants. This condition is operationally impossible and a recipe for a human rights catastrophe. Moreover, the bill would give DHS broad discretion to ban all asylum access even if this inhumane and impossible condition were somehow achieved. This bill represents an effort by the United States to evade its international asylum obligations, which impacts the global perception of the United States as a nation that protects those seeking refuge and its overall global leadership.

Requiring DHS to expel arriving migrants without any individualized screening for asylum or trafficking flouts long-standing international commitments to protect people fleeing political, religious, ethnic, racial, and other kinds of heinous persecution. These commitments are embodied in decades of bipartisan lawmaking that codifies the right to non-discriminatory access to asylum at the United States’ borders. The bill would put the United States in clear violation of its obligations under the Refugee Convention and the Convention Against Torture, and would effectively repeal the asylum provisions of the Refugee Act of 1980, the provisions relating to unaccompanied children in the Trafficking and Victims Protection Reauthorization Act of 2008, and DHS’s statutory parole authority.

This bill does not reflect popular sentiment, which overwhelmingly supports asylum access and opposes walling off the United States from those fleeing tyranny and violence. It would return refugees of all nationalities and ages, including children, directly to harm and death. It would require development of an even more massive infrastructure of incarceration for asylum seekers and revival of the deadly Remain-in-Mexico program. Though all those in need of refuge would be harmed, the bill would impose the greatest costs on Black, Brown and Indigenous asylum seekers, as is already the case at the border where Black migrants and asylum seekers endure disparate rates of abuse, detention, and violence.

This proposed legislation also gives the DHS Secretary the discretion to suspend all asylum access until “operational control” of the border is achieved, as defined in the Secure Fence Act of 2006 to mean “the prevention of all unlawful entries into the United States, including entries by … [migrants], narcotics, and other contraband.” Experts have dismissed this concept as “tremendously unrealistic.” It is also incompatible with liberal democracy; as the Migration Policy Institute has explained, “the only nations that have come close to such [absolute border] control were totalitarian, with leaders who had no qualms about imposing border control with shoot-to-kill orders.” Given the inhumanity and impracticability of this threshold condition, the bill’s purportedly temporary powers would in reality be permanent. Further, the bill’s “operational control” framework is at odds with the Border Patrol’s own strategy, which defines “operational control” not as a sealed border but as a measure of the ability to limit unauthorized crossings and “maintain situational awareness.”

The “Border Safety and Security Act” has nothing to do with safety or any kind of effort to address the real and complicated challenges posed by the worldwide increase in migration, and everything to do with an alarming uptick in hateful rhetoric and violence targeting asylum seekers and immigrants in the United States. We expect other bills will be sent to the House floor in coming weeks and months that similarly traffic in division, fear and hate rather than solutions, including bills like the anticipated NICS Alert Act that criminalize and target immigrants for harsh, punitive treatment.

We urge Members of Congress to reject the politics of fear and hate and vote no on the “Border Safety and Security Act” and all subsequent anti-immigrant legislative vehicles.

Photo of by Maryknoll Office for Global Concerns