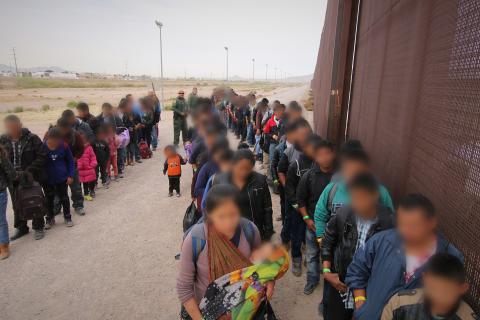 The Maryknoll Office for Global Concerns released the following press statement about new asylum and border policies announced by the Biden Administration on January 5, 2023.

The Maryknoll Office for Global Concerns expresses its deep disappointment and opposition to today’s announcement that the Biden Administration will expand the use of Title 42 by excluding Nicaraguan, Cuban, and Haitian nationals from petitioning for asylum at U.S. ports of entry and offer them humanitarian parole programs with tight limits.

“With the new policies announced by President Biden, the right to seek asylum at ports of entry continues to shrink to the point of illusion,” said Susan Gunn, director, Maryknoll Office for Global Concerns.

“These new policies do not seem to advance any legitimate goal in protecting persons fleeing serious harm in their home countries. We know that the United States has the capacity and resources to manage migration in a humane, lawful manner, and to ensure a just and orderly process at the border. We are especially disappointed with the plan to expand the use of Title 42, a public health directive that has been a stain on our nation and a threat to the functioning of the rule of law in our asylum system. As people of faith, we will continue crying out for an end to this policy and for a humane and robust system of protection for asylum seekers.”