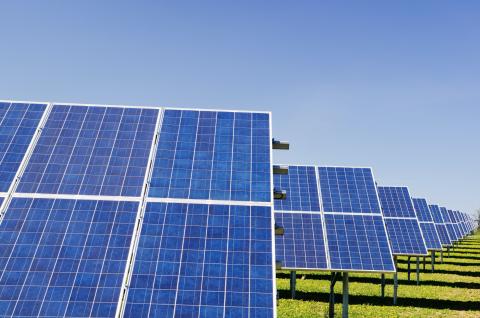 The Maryknoll Office for Global Concerns signed onto the following letter calling on President Biden to invest in renewable energy to help transition the world off fossil fuels, especially in light of the conflict in Ukraine.

You can also read the letter here.

We stand in solidarity with the Ukrainian people and we want to thank you for halting oil imports from Russia. We urge you to continue to resist short-sighted policies such as scaling up domestic fossil fuel production or expanding oil and gas infrastructure or financing, which would only deepen our dependence on fuels that lead to global instability and drive further devastating climate impacts.

Instead, we are calling on you to invoke the Defense Production Act (DPA) to ramp up the deployment of renewable energy to transition the world off fossil fuels.

Already the impacts of the humanitarian tragedy in Ukraine are being felt not just in Europe where electricity, heating, and food costs are set to soar, but here in the U.S. and around the world as the price of oil and gas skyrockets.

Putin’s ability to wreak such destruction on Ukraine is predicated on global dependence on fossil fuels. Oil and gas constitute forty percent of Russia’s national revenue, meaning Russian exports of oil and gas are literally funding this invasion. What’s more, global reliance on Russian oil and gas slowed our collective will to respond over fear of higher energy costs the world over.

At the same time, days after the invasion of Ukraine, the Intergovernmental Panel on Climate Change released its most dire report in 30 years, calling for an end to the fossil fuel era, and documenting what United Nations Secretary General Antonio Guterres called the “atlas of human suffering” due to climate change.

You can deploy your executive powers to weaken the geopolitical power of fossil fuels, address the climate emergency, and prevent further mass suffering.

We urge you to utilize the Defense Production Act to ramp up the deployment of renewable energy to transition the world off fossil fuels and generate millions of good quality, union jobs. The DPA – which you have already used to fight the COVID-19 pandemic and respond to wildfires – provides you with the historic opportunity to produce alternatives to fossil fuels, fight the climate emergency, combat Putin’s stranglehold on the world’s energy economy, and support the transition to a renewable and just economy. While we call for the use of the DPA, we implore that you use this mechanism for peaceful means, not increased militarization of the conflict.

We urge you to invoke your DPA powers to:

Critically, all of the above must center and prioritize low-wealth communities and communities of color that have disproportionately suffered the negative externalities associated with our fossil fuel economy.

A renewable energy future is a peaceful and ultimately more prosperous one. Using the DPA and your other executive powers in this manner won’t just help Ukraine, the rest of Europe, and the U.S. in the short term. It will preempt future crises sparked by oligarchs, strongmen, and the climate emergency, and position the U.S. to be a global leader in the just and renewable energy transition that will leave no worker behind.

Businesses for a Livable Climate

Center for Democratic and Environmental Rights

Center for the Blue Economy

Citizens for a Healthy Community

CO Businesses for a Livable Climate

Coalition on the Environment and Jewish Life

Colorado Businesses for a Livable Climate

Committees of Correspondence for Democracy and Socialism

Friends of the Narrows Of Hans Creek

Grey Nuns of the Sacred Heart

In the Shadow of the Wolf

Spirit of the Sun

Texas Campaign for the Environment

The Vessel Project of Louisiana

Womxn from the Mountain