It is Possible to End Mass Shootings 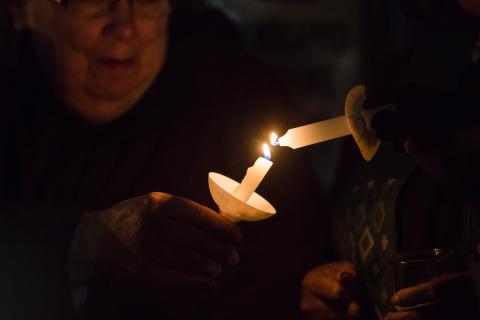 The Maryknoll Office for Global Concerns released the following statement on May 27, 2022 in response to mass shootings in the United States.

The recent massacres in Texas and New York are just two of many recent mass shootings in the United States. We join our grief and outrage to that of the communities in Uvalde and Buffalo, and millions around the country and the world who struggle to make sense of such violence and immeasurable loss. We call on leaders to take concrete action to address the scourge of gun violence in the United States, and the white supremacist ideology cited by the Buffalo shooter.

Maryknoll missioners serve those most in need around the world, often in marginalized communities where crime and violence are rampant, but, in those countries where gun possession is strongly limited by law, gun violence – not just mass shootings, but also suicide, domestic violence, accident, and other violence attributed to firearms – is subsequently far less common than in the United States. Missioners also witness communities, tribes, and nations working together through dialogue to overcome war, ethnic clashes, and other deeply entrenched divisions.

We know it is possible for U.S. politicians and the movements they lead to overcome their differences and work together for an end to this unacceptable slaughter of human lives. Pope Francis has called on the world’s leaders to turn away from the “perverse and diabolical logic of weapons.” Just as we urge governments to turn away from national security strategies rooted in armed deterrence and threats of violence and to fix their attention on integral human security rooted in cooperation and the common good, we call on the United States government and our own communities to seek new models of personal security, root out racism and hate, lay down our arms, and stop the violence.