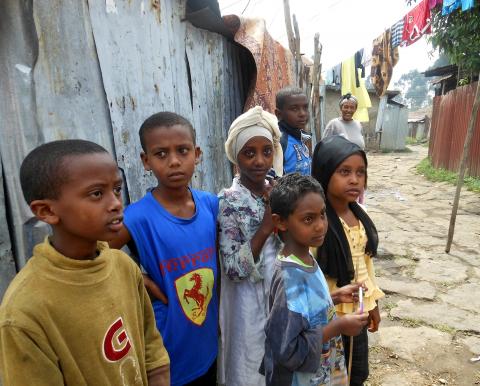 Returned Lay Missioner Chris Bodewes reflects on the courage it takes to be a true disciple.

Today’s Gospel can leave you thinking that being a disciple of Jesus is an impossibility. Who among us can hate the most cherished people in our lives, our families? But that is not what is meant by this passage. In Luke’s time, hating meant preferring someone to another. And it is very possible to take a preference for God, to give our relationship with God a certain priority over other people and things that vie for our time. And as Luke suggests, taking this preference will inevitably require us to carry a cross.

When I was a Maryknoll Lay Missioner, I worked as a human rights lawyer in the slums of Nairobi for nearly 10 years. Most of my time was spent representing tenants who were regularly evicted in the middle of the night. The vast majority of tenants lived in tiny one-room tin shacks located on government land without electricity or running water. Tenants who were late in making their rental payments or were occupying valuable land were simply forced out of their homes by the slumlords who had put up the shacks. When I first arrived at the legal aid center and learned about this phenomenon, I wondered how hard could it be to stop this blatantly illegal behavior; in my private practice back in Chicago, it would have been a routine matter to secure a restraining order. But I had no idea what I had gotten myself into or how heavy the cross would become.