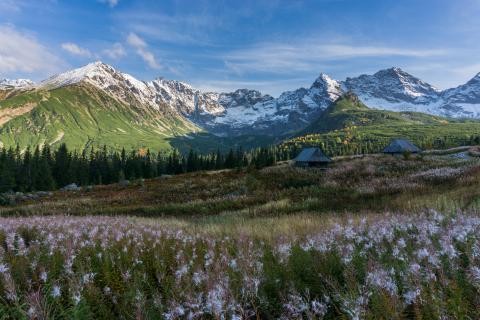 Dave Kane of the Maryknoll Office for Global Concerns reflects on today's gospel in light of his work in Brazil.

While I’ve always had a hard time understanding this passage, I have always liked how Jesus is so quick with a response to a question designed to trick him – do you honor Cesar, and then dishonor God, or do you honor God and face the wrath of Cesar?

Jesus first asks the Pharisees to show him a coin, thus showing that it is they who have the coins, not he. I can imagine this response provoked smiles and laughter in the audience. Then he turns things around with a “little bit of both” response that leaves the Pharisees amazed and without response. I appreciate this interaction because for me, it never works out that way. When I get into challenging discussions like this it is usually hours or days later that I think, “Oh! I should have said…”

Writing a reflection on this reading was a good exercise, as its meaning has long been elusive to me. But my current work has given me new perspective on this reading. I work for the Maryknoll Office for Global Concerns virtually from my home in Brazil, an interesting example of globalization. Our office works to address the fundamental causes of the suffering and destruction Maryknoll missioners witness around the world.

One thing we see occurring all around the world is the increasing transfer of nature into the hands of large financial investors like hedge funds, investment banks, pension funds and university endowments; a phenomenon some are calling the “financialization of nature.”

After the stock market crashes and market “bubbles” of the 2000’s, including the crisis in 2008, investors began to see farmland as a promising market. They began to buy massive amounts of land around the world, so much so that TIAA, the pension fund manager for most teachers, public servants and others, has been the world’s largest landowner for a number of years. And this is creating soaring land prices, along with social and environmental destruction, in many parts of the world.

As part of my work, I participated in an international fact-finding mission in the state of Piaui, in the savannah region of Brazil, to talk with local communities about the effects of TIAA investments in their region. They reported being illegally forced off of land their families had lived on for generations by unscrupulous landgrabbers so that it could be sold to TIAA.

The massive soy farms created by TIAA kill flora and fauna in an incredibly ancient and important ecosystem. They also contribute to desertification and poison water sources in an area where most of South America’s river and aquifer systems originate. The surge of international investors buying land in the region has also led to increasingly violent conflicts over land and water.

The fundamental problem is that instead of those living on the land making the decisions over how land should be used, those decisions are increasingly being made in corporate boardrooms in New York by people who have never even seen the land and will not be affected in any way by their decisions. Meanwhile, those whose lives are radically altered by those decisions have no voice or power in the process.

In addition to profits from land, new markets for carbon pollution in the air, for water, and even for species, habitats, and biodiversity are being created by large investors, national governments, international financial institutions like the IMF and World Bank and in international fora like the G20, European Union and United Nations.

All of these markets aim to put a price on nature, to render more and more to Cesar and less and less to God. God’s beautiful creation cannot be defined by simple numbers. What is the true value of a field of wildflowers? $1000? $12,000? $1,000,000? It is folly to even think that we can define that value in a monetary way.

In today’s Gospel Jesus says that there are things that money is valid for, things that government can be good for, but that most things should be given to God, their original Creator. Let us pray for a reawakening to the sacredness of nature and the dignity of all people. May humanity see the true worth of all that God has provided for us and not defile God’s creation by hanging a price tag on it.