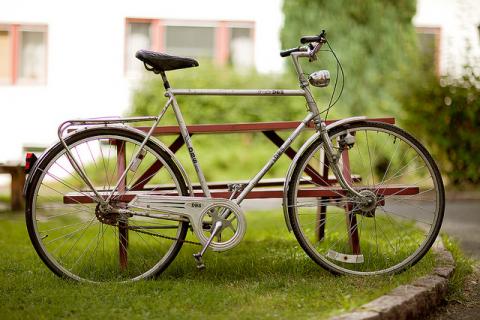 Maryknoll Sister Veronica Schweyen, who served in Tanzania, reflects on the power of forgiveness.

The Book of Joshua speaks of God’s saving action of liberating the Israelites from Egypt and exhorts the people not to follow “false gods.” In Psalm 34, the people are told of how God frees them from their fears, and rescues the faithful from their many troubles making God near to the brokenhearted. In John’s Gospel we hear that it is the Spirit that gives life. John proclaims that the words Jesus speaks are of the spirit and that they are “life” for those who follow. While I worked in Tanzania for over 30 years, I saw in the actions of the Tanzanians with whom I worked that their belief in the God of life was strong. I witnessed countless times where sacrifices were made in order to bear witness to their Christian faith.

During the height of the HIV and AIDS epidemic I worked in an AIDS outreach center in the outskirts of Mwanza where the percentage of HIV and AIDS affected people was extremely high. Part of my job was to coordinate a group of volunteers who would go to outlying towns and villages to visit people living with the infection. They were men and women who lived in the ten outlying areas of the parish. Dominic was one of these volunteers who ministered to the area surrounding the town of Busweru. A family man, Dominic had a leg injury that caused him to limp, but he used his bicycle to both go to work and to visit the sick.

One day Dominic came to the center seeming very distraught and reported that his bike had been stolen which limited his ability to work and to visit the sick. In Tanzania the poverty is so pervasive that even owning a bike is an expensive undertaking. Not only is the bicycle pricey, but all vehicles, including bicycles, have to be registered and the registration fees are prohibitive for many Tanzanians who live in poverty. Most people live very simply and walking is the most accessible mode of transportation.

After the reported theft, Dominic was fortunate enough to borrow a bike from the parish for three months. Once the police caught the bicycle thief Dominic got his damaged bicycle back. Dominic then had a decision to make: he knew that he could have pressed charges against the thief which would have sent him to jail for a while. After praying about the incident, Dominic came to us and said that he was choosing to forgive the man for stealing his bike. I was impressed by this act of forgiveness. Dominic said that he was modeling Christ’s forgiveness of those who had crucified him. Even though Dominic suffered a long period of being inconvenienced, forcing him to ask for others’ help, he chose to follow the Spirit that gives life by forgiving the man who caused his suffering.

As we live out our own faith, we often feel offended, but if we examine our feelings we can realize that these are mainly things that offend our pride. It is in striving to truly live out our Christian values that we begin to find a place in our hearts for forgiving the people who hurt us. “To err is human, and to forgive, divine” can guide our actions.

Former South African president Nelson Mandela gave the most vibrant witness to the Christian principle of “turning the other cheek.” Mandela was sentenced to serve time, twenty-seven years, in an austere prison. When he was released, instead of looking for revenge, he chose to rise above, and stated, “I can forgive my captors.” This action rises out of a heart that loves others and sees through the mistakes that people make. Nelson Mandela chose to reach out and to seek reconciliation with the white minority in South Africa. He chose not to follow the false gods of hate and revenge.

In his eulogy for Mandela, President Obama said, “We remember the gestures, large and small – introducing his jailers as honored guests at his inauguration; taking the pitch in a Springbok uniform; turning his family’s heartbreak into a call to confront HIV/AIDS – that revealed the depth of his empathy and understanding.” We know Nelson embodied brother/sisterhood and that through his example he was able to show millions of people how to search for truth, love and reconciliation with others and with themselves. As the Gospel reading of today proclaims, “it is the spirit that gives life.” And the words that Jesus spoke are “spirit and life.”