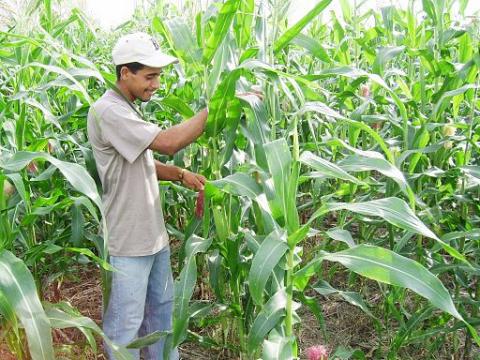 Flavio Jose Rocha, a Maryknoll Lay Missioner in Brazil, reflects on the story of the landowner and laborers in light of his mission work.

This Sunday’s Gospel poses challenging themes and questions for many of us. How can we understand the landowner's logic of paying the same amount to workers who labored the whole day and to those who worked only a few hours? Paying them according to their hourly contribution could be considered fair, by most standards – but the landlord abandoned this standard of fairness in the Gospel. Why? What does this teach us?

The story raises another question: why would the landlord return to the market towards the end of the work day to look for more workers? It doesn’t make sense according to our notions of productivity. It seems that the Gospel aims to bring to light another way to relate to one another, one that goes beyond productivity and self-interest. The landowner (who we presume represents God) is so concerned for the wellbeing of the town's workers that he wants to ensure that all have adequate work. Seeing that there were still unemployed laborers waiting in the marketplace, he does not condemn them for being lazy or for having failed to get hired, but rather gives them work, without asking questions, and pays them generously. He sees each one as equally important and valuable.

It is clear that the laborers in this story are also confused by the landowner’s decision to pay all employees the same amount; they were probably also immersed in a system that makes certain assumptions about the value of work and fairness. If they had thought as the landowner did – with compassion and charity, knowing that the workers who came late were not lazy, but merely waiting for a chance to be hired – they might understand the logic of his choice. We can use our imaginations to think about why the landowner might have had special compassion for the workers who were not hired at the beginning of the day. Perhaps they had needed to care for sick children, or perhaps they were immigrants or were of low standing in society.

Applying the lessons of this Gospel to our time, we can consider how often we judge immigrants or others who are looking for jobs in our country. Do we interact with them compassionately, asking, as the landowner did, “What brings you here? What are you looking for?” So often it is easy to judge people as ignorant or as coming to steal our jobs, or to label them as lazy people because we do not understand their culture of work or customs. During my time working with Bolivian and Peruvian immigrants, I learned how they often ended up in situations similar to modern slavery in the textile industry, although they had come to Brazil looking for better lives for themselves and for their families.

May the landowner in today's Gospel inspire us to be more compassionate with people in similar situations to the laborers in the Gospel today. Judging and condemning people will not help to heal our world, but rather will make the walls that divide God’s people higher. Let us welcome the stranger, beginning by asking them, “What brought you here? What are you looking for?” This approach can build bridges of compassion and justice in our broken world.