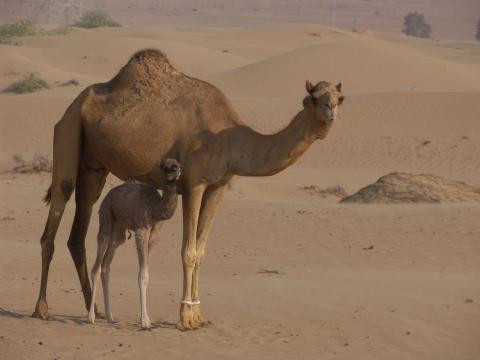 "It is easier for a camel to pass through the eye of a needle than for one who is rich to enter the kingdom of God.” (Mark 10:25)

I think many Christians today find this Gospel passage difficult because its message runs contrary to almost everything else we hear. All around us, on televisions, radios, billboards, magazines, and bumper stickers we receive the message that the more stuff we have, the higher our salary is, the bigger our house is, etc., the happier we will be. It is an enticing message, and after hearing it repeated numerous times every day, many people begin to adopt it as common sense.

In most countries where Maryknoll missioners live and work, including the U.S., these advertisements are being reinforced by religious leaders preaching a “prosperity Gospel” that promises wealth and largess for those who believe in and follow God. They teach that even God wants us to be very wealthy, to have everything we want and more.

Yet these teachings run completely counter to the message of Jesus throughout the Gospels, especially in today’s reading: “It is easier for a camel to go through the eye of a needle than for someone who is rich to enter the kingdom of God.” Jesus seems to be incredibly clear – not much room for negotiating. This is why the young man turns away saddened, and why this passage is ignored by so many today: to follow Jesus means to turn away from much of what is valued by the rest of the world; and to be seen as a failure by many.

Early Christian communities, as described in the book of Acts, show clearly how important voluntary poverty was to Jesus. New members would sell their property and possessions and give the money to the community. The money would then be distributed to people who were poor and destitute and to community members according to their need. And these communities were famous for how happy their members were.

Though it may be scary in the beginning, you will find that living more simply and having less does not make life more miserable; in fact, it usually dramatically improves your level of happiness and well-being. One of the great ironies of life is that there are so many people who already have too much “stuff.” They work long hours in order to buy more “stuff,” and think that having “stuff” will make them happier – even though the long hours at work draw them away from things that truly bring them happiness.

Numerous studies over the last couple decades have shown that personal relationships, good health, and trust in one’s community and government are better determinants of happiness than a person’s level of income. In the U.S., while gross domestic product (GDP) has grown since 1970, measurements of well-being have stagnated and even fallen. Our desperate race for more has not helped us feel any happier and has in fact led to a surge in “modern” illnesses such as cancer, diabetes and heart disease.

By simplifying our lives, getting rid of our excess of “things” and spending more time cultivating relationships and helping others, we will find ourselves happier and more capable of spreading God’s love. As early Christians found, and are still finding today: having a community is far more satisfying than having a lot of things.

Today’s Gospel ends with Jesus promising that that all will receive a hundred times what they give up in order to follow Him. Prosperity Gospel preachers say this shows how being a Christian will result in great wealth. But as Maryknoll missioners around the world and others who follow Christ have found, we do not get rich with many houses for ourselves, but with many doors being opened to us. We receive the rich hospitality and deep friendship of many brothers and sisters around the world.

Begin today to find ways to simplify your life, rid yourself of clutter, and develop and strengthen your communities. Find others who would like to make similar changes in their lives. By accompanying one another on your journeys, what may have been difficult changes become easy and non-threatening. You will find more love in your live as a whole host of new doors open to you.