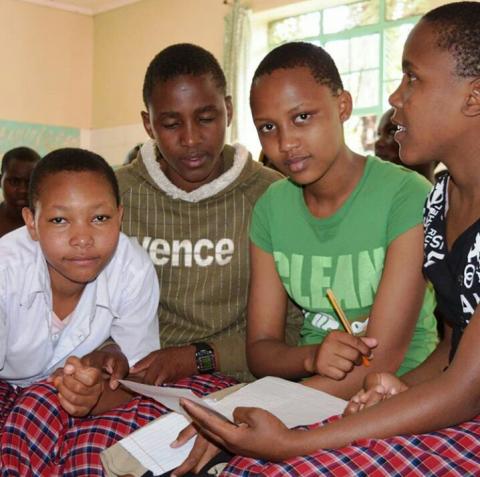 Sandwiched within the story of the respected elder, Jairus, pleading for his daughter and her eventual resuscitation is this vivid story of a hemorrhaging woman pushing through a crowd simply to touch the hem of the garment of Jesus. She is an icon of marginality. She has been menstrual bleeding for twelve years. Think of how hard it has made her life trying to stay clean. Think of how physically debilitating the affliction has been for her. Even worse, she has been considered ritually impure because of it, and anything she has touched has become ritually impure, with all the attendant restrictions and necessary rituals. So, people, probably including even her own family, have avoided her. And, the gospel says, she has spent all her wealth searching for a cure and, so, in addition to all her other problems, she has become financially desperate. It is in this extremely weakened state, that she perseveres in pushing through the crowd surrounding Jesus, seeking only to touch the hem of his garment. The crowd is oblivious to her presence. She is invisible to them. It’s as if she isn’t even there.

Then, against the push of the crowd and Jairus’ insistence that Jesus hurry to cure his daughter, Jesus stops. “Who was it that touched me?” he asks. His words sound like a rebuke. His reprimand, though, is not directed at the hemorrhaging woman but, as we learn later, at the disciples who press him to keep moving. Remaining still, Jesus draws the woman out and recognizes her as the one who touched him. He recognizes the woman no one wanted to recognize, and in doing so, he demonstrates that as important as healing Jairus’ daughter is, this woman needs to be noticed, affirmed and valued.

In a very graphic manner, this depiction speaks to the church about women. Yet, how significant it is that those who decided on the readings of today gave an option for a shorter form of today’s gospel. In that option, they drop this whole story. When asked to shorten the gospel, it is again the crowd surrounding Jesus who decided to exclude this powerful statement of Jesus stopping, turning around, pushing aside disciples to recognize and affirm women.

The challenge of the gospel is highlighted by the other two readings of today. In the first, so different than the situation of this debilitated woman, it says “nor does God rejoice in the destruction of the living. For God fashioned all things that they might have being, and the creatures of the world are wholesome…”  And even more directly the second reading emphasizes the equality desired for all, “Not that others should have relief while you are burdened, but that as a matter of equality your abundance at the present time should supply their needs, so that their abundance may also supply your needs, that there may be equality.”

This year has seen a renewed consciousness about the pervasiveness of abuse that women suffer. The #MeToo and #Times Up movements gained momentum as women celebrities and other powerful women publicly described their own experiences of abuse. But the gospel moves us to ask about women who are so much more marginal than these women. The women with no celebrity, no economic independence, and no social support. The women we try to ignore.

Women who feel trapped in abusive domestic situations and who in some parts of this world by the force of culture or economy are powerless to break free. Women who are captive in forms of modern-day slavery sometimes in plain sight providing services.  Women who are homeless and living on the street. And while all the homeless are vulnerable think about how much more vulnerable women, and especially young women, are in this situation. As a shelter social worker reported, “The first cohort of five young women who stayed in our safe house all told us they had been sold either without their consent or while underage or both by a pimp, …”

Both outside and inside the church, the narrative of today’s readings challenges us to pause and reflect on how women are being treated. How we might be surrounding Jesus, creating obstacles that might be hindering women from touching the hem of his garment. Failing to appreciate what women have done in fostering the human and Christian community all the while as they persevere in pushing through the crowd obstructing their full participation.

Photo: Students at the Emusoi Center in Tanzania, a project founded by the Maryknoll Sisters with the mission of empowering young women from pastoralist and hunter-gatherer tribes (Maasai, Hadzabe, Barbaig, and Wataturo-to) to have better options in life through education.