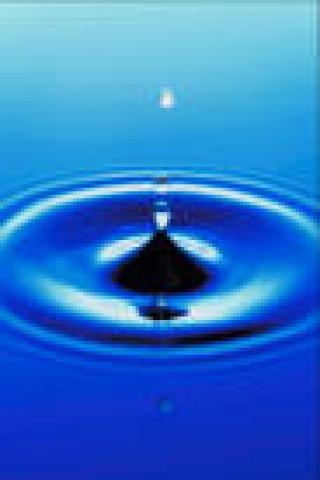 On the level of symbol water is theologically significant … but on the level of everyday life water can be a friend or an enemy. Water “is both a sacred gift and a central symbol in all religious traditions. For Christians, water is essential to the initiation ritual that invites a new person into the beloved community of all life and into the Christian family. The Bible abounds with water references, as do the sacred writings of all religions. Perhaps no other dimension of Earth life has such spiritual meaning as water When water is neither pure nor clean its ability to carry such symbolic weight is threatened.” (Water and the community of life, Maryknoll statement, 2006.)

The most powerful tropical cyclone of the year (of history?)  hit the central Philippines on November 8, 2013. Super Typhoon Yolanda (international codename: Haiyan), packing winds in excess of 300 kilometers per hour, barreled through most of the Visayas (central Philippines), leaving a trail of unbelievable devastation in its wake, including approximately 7,000 official fatalities, and 1,779 still missing. Yolanda brought with it water as a devastating power.

Just taking account of the coconut industry alone, it will take years for newly planted trees to produce fruit and for the economy of the Central Visayas to recover from such devastation.

Before Super Typhoon Yolanda put the Philippines once more at the center of global attention, there was Typhoon Pablo (international name: Bopha) on December 4, 2012, and the task of rebuilding those places in Mindanao that it devastated continues to this day, according to the United Nations Resident and Humanitarian Coordinator for the country. Pablo claimed the lives of more than 1,000 people in the Philippines and flattened communities in Davao Oriental and Compostela Valley, places which are still recovering until now. In a poignant moment in the aftermath of Super Typhoon Yolanda, some of those who lost everything to Typhoon Pablo donated some construction materials to the carpenter-soldiers who had helped rebuild their homes—because these same soldiers had embarked on a caravan to Eastern Visayas, to help Yolanda’s victims. (Read more here.)

With the deluge of water, people were left without drinking water. Surrounded by water and the effects of water’s devastating power, they thirsted.

As we turn to our readings for this Sunday we see that they are about water. With the third Sunday of Lent we are, as it were, in the middle of our desert journey toward Easter! Like the Israelites and Jesus, we are thirsty and we stop by Torah and Gospel for spiritual refreshment. [T]ake some of the elders of Israel with you ...  and go to Horeb, which means “desolate region” (Exodus 17:5). This is one of two strike-the-rock stories in the Torah. A variant appears in Numbers 20:2-13 immediately following the notice of Miriam’s death. According to a Talmudic legend the water that came from the rock which Moses struck at Horeb was actually from the well given “by the merit of Miriam,” (T. Sotah 11:4) and which accompanied the Israelites on their wilderness journey, ascending mountains and descending to the valleys with them (T. Sotah 11:1). The living water given from the rock in the wilderness of Horeb was a gift of God to a recalcitrant people, symbolic of God’s willingness to forgive.

The Gospel portion brings us to another well, that of our ancestor Jacob, where Jesus engages a Samaritan woman in the most profound theological conversation in the fourth Gospel. The conversation begins with water. Jesus, tired and thirsty, requests a drink, and the dialogue develops on several levels as Jesus leads the woman progressively to a revelatory encounter: If you knew the gift of God and who it is that is saying to you, “Give me a drink....I am he, the one who is speaking to you.” (John 4:10, 25) Her immediate response is to leave behind her water jug and go forth to proclaim what she has come to know.

Dianne Bergant points to the long and rich history of the living water metaphor in Israel’s religious tradition: “The prophets used it to refer to the spiritual refreshment that flowed from the Temple (cf. Ezek 47:1; Zech 4:80). It is also a reference to the teaching of the wise (Prov 13:14) or to Woman Wisdom herself (Sir 24:21, 24-27). In each of these instances living water is a principle of spiritual life” (Bergant, Preaching the New Lectionary, Cycle A, 100). The Johannine Gospel portion raises our understanding of the metaphor beyond the physical water that can be gotten from a well. The Johannine Jesus introduces us to the deep spiritual symbolism of the gift of water. In this beginning of the second decade of the 21st century we are called to reflect deeply on Jesus’ statement: If you knew the gift of God ... (John 4:10).

In the month of March we celebrate International Women’s Day. In many societies water is at the core of women’s responsibilities. In 2009, Maryknoll Sister Meg Gallagher wrote about the United Nations’ Water for Life Decade (2005-2015) which “recognizes the central role that women play in providing, managing and safe­guarding water and as the main role models within the family when it comes to sanitation and hygiene. It is crucial to ensure the full participation and equal involvement of women and to approach water and sanitation issues from a gender perspective. The benefits and costs of water use can accrue equitably to all groups, and the creativity, energy and knowledge of both women and men can contribute to mak­ing water systems work better. Improvements in access to safe water and sanitation that involve both women and men will lead to multiple benefits in other areas, such as reducing poverty, enabling girls to get an education, and reducing child and maternal mortality.”

God responded to the physical need of the Israelites in the desert, and Jesus began with his own physical need for water. One cannot appreciate the spiritually rich metaphor of water without first having access to physical water. What does it mean for us, who perhaps take the availability of water for granted, to know the gift of God in today’s world of water scarcity?

An earlier version of this reflection was prepared for the Bat Kol Institute, Jerusalem.