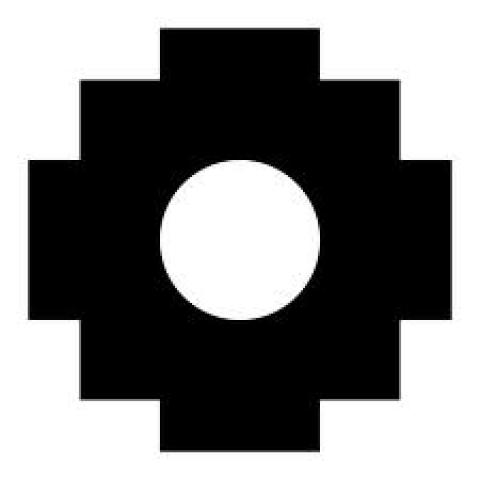 The CHAKANA or Inca (Andean) Cross has 12 points; each point represents a diverse force that expands outward generating energy (a hole) in the middle. These forces are the four cardinal points of the compass, the two levels of existence other than everyday life (upper world, and the underworld), the three affirmations that guide the Andean people (I live, I work, I love) and the three norms of behavior (don’t lie, don’t steal, don’t be lazy). These 12 diverse forces generate life for the Incas shown by the hole in the middle of the cross. The forces of diversity for the Andean nations are energy. Diversity generates life.

The Andean culture of Latin America anticipated the source of energy as diversity. As research deepens, modern and post-modern scientists continually discover that the interaction of diverse matter is essential to generate energy, and that energy is produced by the patterns and interaction of such diverse matter as atoms, molecules and particles.

A few years ago, the Bolivian people approved a new constitution that defines their current identity. Bolivia, previously a republic, now is constitutionally defined as a pluri-national state. This means that all of the more than 30 indigenous nations are constitutive to the Bolivian collective identity. It is a way of defining their identity as unity amidst their diversity. Bolivian President Evo Morales defined plurinationalism as several different nationalities coexisting within a larger state where different peoples, cultures and worldviews exist and are recognized. The new constitution does not see cultural diversity as a problem but as strength.

In the readings of today we see how life is the fruit of diversity.

In the first reading Isaiah sites the diverse parts of the body (strong hands, firm knees and a fearless heart) that are needed to overcome fear and weakness and deepen faith in God (Father, Son, Holy Spirit), the model and source of diversity. God reaches out to a wide diverse group in need of salvation/healing: those who are blind, deaf, lame or mute.

In the second reading James identifies the diverse elements of a fruitful harvest; the rain, the sun, fertile land and hard working and patient farmers that reflect the patience of God.

In the gospel Jesus challenges the listeners to be open to John who is different from others. John the Baptist is the symbol of diversity. He does not dress in fine clothing like others nor act like others. He does not live in a royal palace. He lives in the desert very different from where others live. We learn from the other evangelists that his diet (locust and wild honey) is different from others. He is courageous in denouncing immoral conduct even that of the highest legal authority for which he is imprisoned. In the midst of his “differentness” he is more than a prophet. He was sent as the messenger ahead of Jesus Christ to prepare the way.

No one is too different or too diverse for Jesus. As seen in the Gospels, Jesus welcomes diversity. This diversity seems to give energy to Jesus who in turn is able to awaken in the other the energy (faith) that liberates them from being isolated due to their being different from the other, from being diverse. Jesus, in reaching out to those who are different, lays the foundation for the Church’s preferential option for the poor; those isolated from education, health and jobs.

Pope Francis continually challenges the faithful to reach out to those on the margins of existence because in the relationship with those who are different lies the energy that is needed to give life to the Church. During this time of Advent the Church invites us, as we prepare for the birth of the child Jesus, to unite ourselves with John the Baptist and prepare the way embracing and celebrating global and national diversity, beginning with the migrants in our own country.