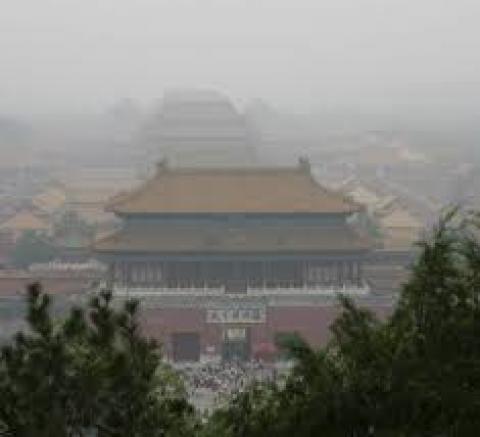 “For I tell you, unless your righteousness exceeds that of the scribes and Pharisees, you will never enter the kingdom of heaven." -- Matthew 5:20

The Pharisees were devout reformers committed to reinvigorating the religious roots of the society of their day. They were particularly interested in the Law of Moses and the words of the prophets as correctives to the corruptions found in the Temple cult and the monarchy. They were drawn to Jesus’ words too, both because of the things about which he spoke, and the way in which he addressed those issues. But Jesus and they disagreed on the relationship of purity to holiness. The Pharisees’ identification of purity as a sign of holiness brought them to separate themselves from others and from the world. In contrast, Jesus' understanding of holiness was based on a foundational relationship with God that orients our nature to all persons and things that are around us. In practice, Pharisees “observed,” Jesus and his disciples interacted. Pharisees found their purpose in armoring themselves spiritually against the threat of exterior contamination. Jesus found his purpose in opening himself in engagement with all in this world.

Jesus’ understanding of holiness allowed him to go deeper into the purposefulness of the words of the Law and the prophets and their admonitions about murder, adultery, false oaths and other moral issues. Our radical natures are oriented to the radical nature and true purpose of all that is outside us, providing us with a discerning wisdom. This is the wisdom about which Saint Paul writes to the Corinthians. This is the interior law cited in Sirach, given by God and spoken of prophetically within our very being by the Spirit, and against which we have no defense if violated when we act unjustly and wantonly sin!

And so it is that Adam and Eve were capable of sin even before there was any law to instruct them and prophetic words to guide them; the interior purpose of the law and the wisdom of prophecy were a constituent part of their nature. When they chose to eat from the tree they acted against their very nature and in violation of the nature and purpose of what was given them for their holiness. This rupture of their nature placed them in tension with one another, and their violation of the purpose of what was around them placed them in tension with their world. After they ate of the apple they immediately realized what they had done and its consequences.

It is no comfort to realize that this “original sin” of our forebears continues so concretely in us. So much personal and social sin is still at play in the disorder of our societies and in our disordered use of the natural world and its resources. I think of the choked air of the cities in which I lived in China. People understand that the physical self-destruction engendered by deadly air pollution, and other pollutions, is a result of their overwhelming need for the personal and societal security they are seeking in accelerated growth; a growth which has also produced the largest disparity of wealth of any society on earth. And the Chinese themselves are beginning to ask why they decided to eat from the known poison of that apple, and why even now they still find it appealing.

So, while it is discouraging to realize that the sins of our forebears continue so concretely in us, it is a comfort to also realize that we all have access to the same innately bestowed wisdom within our nature to recognize disorder, to recognize that it is not inevitable, and to recognize the need to address and correct it. There is a Spirit within us all - no matter whether we are consciously religious or not, no matter what religion we profess, no matter the level of our spiritual maturity - a Spirit that enables us to recognize violations of our nature and violations of the nature and purpose of things outside us. And that Spirit shows itself to be alive and active in societies and peoples throughout the world.

The prophetic voice of Pope Francis has renewed the call for peoples of faith to more freely embrace the holiness being offered us by unmasking any and all forms of pharisaic isolationism among us, discerning the reparative, creative movement of Spirit in our world, and opening ourselves confidently in joining those who are striving to respond in ways true to the nature and purpose of all creation. If the fault of Adam still finds a place in us, so too the saving Spirit of Jesus! It’s simply in our nature!