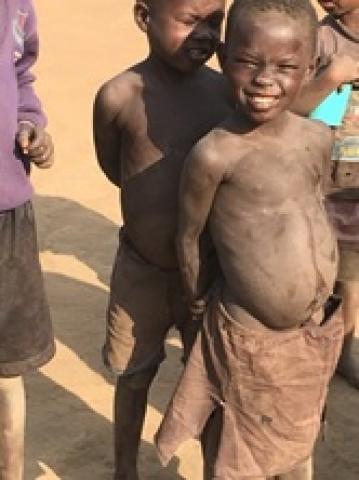 There is a parable that is told about Good and Evil. One day, Good and Evil met upon the shore of the sea. They said to each other, “Let us disrobe and bathe in the sea.” After they bathed in the sea for some time, Evil came to the shore and clothed itself with the garment of Good and walked away. Later Good too came out of the sea and found that its clothes had been taken away by Evil. Feeling ashamed to go naked, Good garmented itself with the clothes of Evil.

To this day, both Good and Evil walk around in their disguised clothes. Only some who know the face of Good and Evil are able to identify their true nature in spite of their garments.

Jesus teaches with many parables and each parable has many different applications for our world, which is constantly changing. So, too, the meaning of a parable can be adapted to our modern times using more familiar images.

Matthew’s gospel today explains the Reign of God through presenting three separate parables. All the images in the parables would have been familiar to the audience of the time Matthew wrote them down. They employ things which people of the day could easily identify with and understand. For example, how something as small as a mustard seed could eventually grow into a large tree – a familiar kind of tree in Palestine. Or the multiplying effect a small amount of yeast has on a measure of wheat flour. Finally, the more intricate story of the weeds that were secretly sown throughout a field of wheat.

The owner of the wheat field wisely decides to allow the weeds, known as darnel, a particular weed that looks strikingly like the wheat plant itself, to grow together and wait to separate them at the harvest time.

Otherwise, by pulling out the darnel weeds too early, the wheat would also suffer damage. Not only is the farmer wise, but he is patient, too.

In the mind of the first-century Christian, this was interpreted as the evil of the world encountering justice at the end time. Sin and evil will be dealt with at the final judgement when the wheat and darnel will be separated like the sheep and the goats portrayed later in Matthew’s gospel (Chapter 25).

Another application for us to consider uses a newer image that most people can identify with. The rise of social media in the last three decades leads us to marvel at the availability of information and communications at the touch of a finger. The internet started with a small idea among a few scientists which grew into a World Wide Web connecting people all over the world in a matter of seconds. This modern day “mustard seed’’ has had an impressive growth and rate of success.

As social media platforms multiplied, so have the number of users who spend increasingly more of their time interacting through the web.

As a web connects us to others and their ideas, a web can also trap us if we are not careful. Here in Uganda, where I work with refugees from South Sudan, friends often ask me if a certain message, passed on to them through their smart phone, is really true. Outlandish theories related to the novel coronavirus, its origins, possible cures, conspiracy theories, etc. are endless. How easy it is today to mislead the masses so effortlessly.

The darnel weed sown in the wheat field has its modern equivalent with the consequences of rapidly flowing information. Today we are virtually surrounded in a sea of information. What can appear normal and attractive can betray us as easily as the darnel plant imitates the wheat – but the darnel is poisonous.

The sower of these bad seeds that resemble the wheat must have thought this was a way to get the farmer to destroy his own crop by pulling up the weeds. This evil is clever, like bots and trolls from enemies that “plant” false, made-up stories among the millions circulating through social media to unsuspecting targets. It could be as small as a school bully circulating gossip among school mates – but oh, the damage it can cause.

Evil is no less prevalent today as in the time of Jesus. He uses these parables to teach us that sometimes things are not what they appear. How do we know the truth from the fake truth? What is news and what is fake news? About as easy as picking the darnel from the wheat. Do we have the wisdom and patience needed to avoid being duped?

To this day, both Good and Evil walk around wearing each other’s clothing. Only some who know the face of Good and Evil are able to identify their true nature in spite of their garments.

The Reign of God is like a bird that Tweets all day and all night carrying seeds that sow weeds among the wheat. Let us pray to the Holy Spirit to give us the wisdom and patience needed to make good choices in this world where Good and Bad often come wearing disguises.

Photo of a child in South Sudan courtesy of Fr. John Barth, 2019