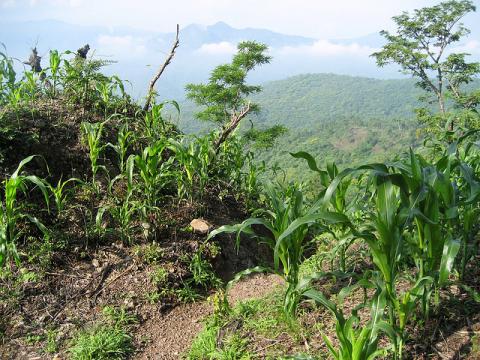 The readings today speak to us of hospitality, of welcoming God into our homes and of God welcoming us into God’s home. In both the stories of Abraham and of Mary and Martha, these humble servants encounter God in a stranger passing through. They are a reminder to us that God visits us in concrete ways but might not always be an expected guest.

Both Abraham and Martha run around trying to prepare a meal worthy for their God. Abraham has the finest flour and choice steed chosen for the feast, and that is righteous and good, but as Jesus makes known to Martha, sitting and listening to the visiting stranger is an important way of recognizing the stranger’s dignity, and it is much more than seeing the person as just one more mouth to be fed.

When we are not distracted by the role of actively “serving” others but rather truly encounter a stranger, in the language of Martin Buber, as a “You,” and not as an “It,” or an object of our actions, then we are no longer just the inviter but we become the invitee – invited into the presence of the divine. As stated in the Psalm, it is our right relationship with others that makes us worthy to be invited into God’s presence – into God’s tent, and God always has room for one more.

Leonardo, a subsistence farmer in Santo Domingo with a family of 10, made room for one more at his table one day when around midday he ran out to meet a traveling vendor passing by his home. He invited the vendor into his home for tortillas.

This may not seem like a great feast, but Leonardo shared with his visitor some of his wealth: corn. Even though cheaper U.S. corn imports have lowered the market value of their corn, Salvadorans refer to corn kernels as oro – “gold” – because corn is a valuable stable food for them.

Leonardo did not become anxious about what to serve his guest but took from what he had on hand, and gave from his own portion. Leonardo recognized the dignity of the “other” and his equal right to the fruits of God’s creation. In doing so, he was invited into God’s presence.

Abraham, Martha and Mary, and Leonardo challenge each of us to see the divine in the “other” and to always make room for one more.