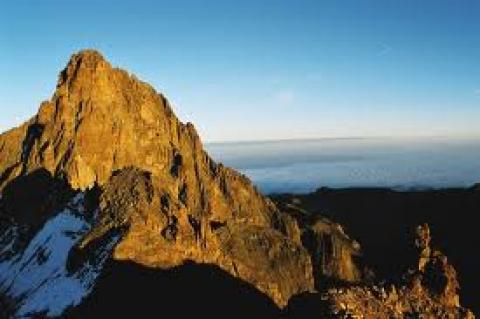 The Transfiguration, which is today’s gospel reading, has given rise to scores of explanations as to its meaning and significance. It is a very evocative gospel story, conjuring up a multitude of images, questions, and interpretations. And it is an event that is so important the Church chooses to have the reading twice each year. Once is always on August 6, when we celebrate the Feast of the Transfiguration; and then again we hear it on the Second Sunday of Lent when it serves, most interpreters say, as a foreshadowing of the resurrection.

I am never able to think of this event without also calling to mind that the Feast of the Transfiguration, August 6, is also the anniversary of the atomic bombing of Hiroshima, Japan, a day in which hundreds of thousands died, with aftereffects that have affected generations.

Years ago, while a volunteer at the Catholic Worker in New York City, a community member told me about the time Eileen Egan, longtime Catholic pacifist, peace activist, and a founder of Pax Christi USA, was traveling with Dorothy Day. They were en route to speaking engagements in Australia, and began discussing crossing the International Date Line. Eileen noted that in crossing the date line, they would completely miss August 6. She expressed to Dorothy that she was glad to be missing the anniversary of such a terrible day as the atomic bombing and reminiscence of such horrific death and destruction. But Dorothy, without missing a beat, told her, “Yes, but remember that we are also missing the most beautiful feast of the Transfiguration.”

Today, I will reflect on the beauty of the Transfiguration and profound imagery that is not only significant for Christians, but for religions and cultures all over the world.

The Gospel tells us He led them up a high mountain and it was at the top of this mountain that “His face shone like the sun and his clothes became white as light.” Then, a bright cloud cast a shadow over them and from the cloud came a voice that said, “This is my beloved Son with whom I am well pleased; listen to Him.”

New images and appreciation for this gospel image were given to me during my 17 years in East Africa, most particularly in Kenya. What stands out to me is the place where Jesus went to be transfigured ... that is, to give his friends and followers a glimpse of His divinity, a foreshadowing of the resurrection.

It brings to mind beautiful Mount Kenya. As with many cultures and religions, this mountain plays an extremely significant role in the spirituality of the Kikuyu people who traditionally lived near it. Many still do. The Kikuyu are monotheists, believing in one deity, Ngai, who is the Creator. Sources say that many believe that Ngai lives at the top of Mt Kenya, though he has many human characteristics. From time to time he comes to earth to overlook his people, bless them, and at times, judge them. The Kikuyu themselves sometimes call the mountain Kirinyaga, which many sources translate to mean mountain of brightness, or mountain of light. There are, of course, variations of interpretation and translations regarding Mt. Kenya, but in many versions, the resemblance to the story of Jesus’ transfiguration is incredible.

There is always something mysterious, awesome, and very sacred, about mountains. Tibetan Buddhists believe that the “goddess of Inexhaustible Giving” abides at the top of Mt Everest. What a beautiful concept and one so much in symphony with Jesus’ own teachings! Christianity, Judaism, Islam, Jainism, Buddhism, and many other world religions have teachings that are revealed on mountaintops. And, of course, a plethora of writings exist from mountaineers and explorers who make great effort to express the spiritual experiences of being atop a mountain, of being “closer to God.” And Jesus stood atop a mountain when He gave us one of His most significant lessons, the Sermon the Mount, the Beatitudes: “Blessed are the poor, the meek, the peacemakers,” He tells us, as He looks down on us from the Mount. We are challenged by today’s gospel to “listen to Him.”

I recently read that Stacy Allison, the first U.S. woman to climb Mount Everest, said of it, “The end of the ridge and the end of the world … then nothing but that clear, empty air. There was nowhere else to climb. I was standing on the top of the world.”

”Maybe this is why God chooses mountains, and why they have been held to be sacred for so long. When you are up there, there is nothing but air and clearness. A mountain is a place to reflect and understand, because anything that might worry you, or crowd you, is at the bottom. The time on the mountain is your time to just be, to consider yourself and what is below you. Maybe the mountain is the place where people feel that they encounter God because for a short period of time they give him space to talk to them.” (SPCK UK)

Indeed, we recall today, “This is My beloved Son, listen to him.”

I digress from more traditional discussions of the Transfiguration, not to diminish or dismiss them, but to add to them a sense of the sacredness and importance of Jesus’ mountain venue when He gave his disciples and believers a glimpse of His divinity, and a sense of the sacredness of our earth and creation. To offer insights we might gain from so many other religions and cultures. And perhaps give us a sense of how we too can gaze upon the divine and the holy. All the more reason to care for our earth and environment, for we are, indeed, standing on Holy Ground.

Jesus is both human and divine as shown to His friends atop Mt. Tabor. Perhaps no one has captured it so well, in modern history, as Martin Luther King, in his final public address, “I have been to the mountaintop ... and mine eyes have seen the glory of the coming of the Lord.”