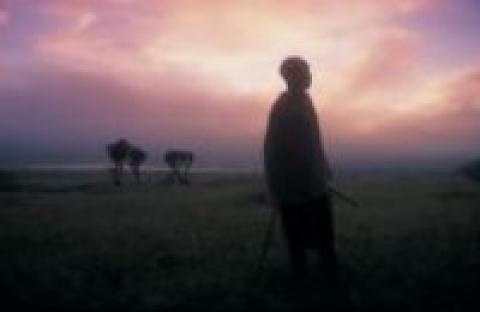 Debbie Northern, a returned Lay Missioner, reflects on how prophetic individuals like John the Baptist help call us out of our complacency.

“Not by appearance shall he judge,
Nor by hearsay shall he decide,
But he shall judge the poor with justice,
And decide aright for the land’s afflicted.”

The first reading gives us great hope for a new way of relating to each other, where there will be justice and security for all. As a Maryknoll Lay Missioner, I have strived to be accepting of others and to treat people equally, but have found myself falling short of the mark often. In El Salvador, where I served for eight years, there was a man who would meet me at the bus stop and walk with me the couple of blocks to my office. The man seemed to have mental health and substance abuse issues, so I found him a nuisance and would only half listen to what he was saying. As soon as I reached the gates to the office, I would give him a hurried goodbye. One day, he confronted my lack of charity. He said to me, “I have never asked you for money. I only ask that you treat me with respect and listen to me.” I felt horrible because I realized he was right and I was in the wrong. Since that day, I have tried to treat all people with the respect they deserve as children of God.

John the Baptist also faced judgement from those who did not understand his preaching and thought that they had no cause to repent. Just like the man who confronted me, John was pointing people in the right direction and making them realize that they are not really so superior in God’s eyes. As John said, “And do not presume to say to yourselves, ‘We have Abraham as our Father.”

In El Salvador, I worked with an NGO giving workshops on the prevention of HIV and AIDS. Often, a person living with HIV would accompany us on the workshops to tell their story and to put a human face on the disease because people with HIV and AIDS were often stigmatized and marginalized. Many times, just meeting someone and seeing the humanity of the other person was enough to break down barriers and stereotypes. Getting to know each other is essential to the type of peace that Isaiah mentions where various traditional enemies live in harmony with each other.

So, how do we use this Advent to change our hearts so that we can be just and humble? There are many people all around us who long to be recognized and treated with human respect and dignity. When I see a person who is homeless, do I tend to act as if I do not see them or do I at the least look at them and acknowledge their existence? Do I listen to the stories of people who have fled their homes due to violence or instability or do I see them as a problem and wish they would not seek a safe place to live in the U.S.? Do I turn away from or isolate myself from those who are different than me?

If I want to call myself a Christian, I need to heed the voice of John the Baptist, as well as the voices of all the prophets, ancient or modern, who call us to acknowledge our tendency to judge and be uncharitable so that we can repent and treat each other as brothers and sisters.

As a Maryknoll Lay Missioner, I have been in mission in Africa and Central America. I have seen the suffering of others due to poverty, violence, and the indifference of those who have greater resources. I can no longer pretend that suffering does not exist or that it is unrelated to me. I want to produce good fruit and not be like the chaff that is thrown on the fire. But I need the help of those who will point out when I am not reaching my goal as a Christian. This is why I am grateful for all the John the Baptists and the people like the man in El Salvador – even if they are a nuisance and shatter my illusion of self-importance.