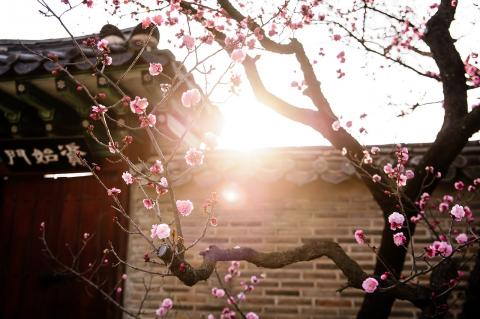 Maryknoll Father Mike Duggan, who was on mission in Korea for many years, reflects on how we can 'prepare the way' for the Lord in our own lives.

Seraphina was a young, beautiful girl graduating from our school for the deaf in Chin Chen, Korea when she brought her father to greet me in the office. Seraphina stood next to her father, a weather worn mountain farmer who beamed at his daughter who had become a very capable seamstress. Seraphina was not always the person who was now graduating from middle school that day.

When Seraphina came to our school at the age of thirteen, she had not attended any school. From a very poor farming family she had no social graces and little aptitude for mixing with her peers. She had developed a habit of eating with her hands. Table etiquette was beyond her. However, with the patient perseverance of the nuns and teachers, Seraphina slowly, painstakingly became the woman she was now and capable of helping her family. She eventually married and is now raising a family.

Her father kept saying thank you, we are so grateful for how you helped my daughter. He continued to speak, searching for an appropriate way to express how he felt when he suddenly said in a hushed tone, “thank you for making my little girl a human being.”

It was a difficult time for me. The Bishop had decided to move the school to a bigger city in the province and I was assigned back to the United States to work in the vocation ministry of our Society. So much change was coming all at once and I began to wonder what, if anything, I had accomplished in mission. My work came to an end and doubt was a constant nagging though as I began to bring a significant part of my life to a close. Then I heard the words “thank you for making my little girl a human being.”

Is this what St. John was saying in a different way? The voice of one crying in the wilderness? Prepare the way of the Lord, and make his path straight. John continued to pray: I baptize you with water; but one who is more powerful than I is coming: I am not worthy to until the thong of his sandals, He will baptize you with the Holy Spirit and fire.

John deflected the admiration of the crowd for his preaching was not to attract people to himself but to the Christ. He did this in two ways.

John told those he baptized to go beyond themselves. He gathered all and told them to help the poor, share one of their coats to the person who had non, to give food to the hungry, No one was to live for himself no matter his station in life: tax collectors must not ask for more than was proscribed, soldiers were not to oppress the people by threats or false accusations, John immediately turned people away from themselves and to the needs of others. He was asking people to realize God’s love for them by helping those who had less.

He then offered them an example of himself as a lowly servant of Jesus by declaring that he was not worthy to unite the throng of Jesus sandals. John stood aside and made Christ the center of attraction.

Are there Seraphina’s in our lives? People, young or old, who are struggling to grow in their humanity to make Christ the center of their lives? Can we help them to know their humanity is shared with Christ and so is precious in the sight of God? Can we be like John and realize that we are simply instruments of Christ as we help people consider their potential for Christ – like goodness and compassion? Can we see Christ in those whose humanity is broken and who cry out for understanding and wholeness?

Christmas is fast approaching and we will soon be standing before the Crib. Can we ask the Christ Child to bless our humanity with his humanity and to be people fully alive because they are fully human.