Presentation of the Lord 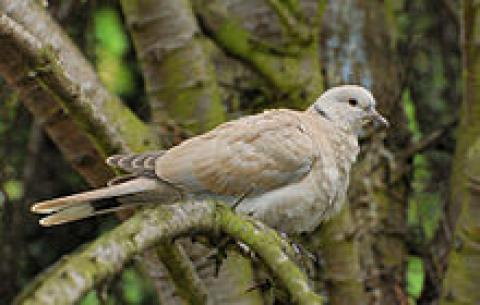 One of my least favorite Christmas songs when I was a kid was the Twelve Days of Christmas. First of all, I was mad that we never really got 12 more days of gift-giving like the song seemed to promise. Secondly, I couldn’t understand why anyone would want presents like maids a-milking or lords a-leaping. And what were turtledoves anyway? Today, nearly a month since the 12 days of Christmas have passed, here are the birds again in the gospel reading from Luke. What could possibly be significant about this animal? A quick search through Biblical commentaries reveals that the turtledove was the poor person’s offering to God. The rich person’s offering was a lamb or a kid (the goat kind, not human!)

Gifts of the poor. I wonder how the priests of the Temple received such offerings. I rather imagine it was like the way I opened up the Christmas gift from my grandmother. Every year it was the same: socks and underwear. Yes, essentials – I never got those things from anyone else, and had it not been for my grandmother, I would have been pretty uncomfortable down under. But still, not exciting. I knew my grandmother did not have a lot of money, and it was her way of expressing love for me, but I would have much rather had a Hotwheels car. So, turtledoves, that’s nice, but bring on the lamb!

Gifts of the poor. Does anyone really want them? I never really thought about that question until I lived and worked as a Maryknoll lay missioner among those on the margins of society in the city of Sao Paulo, Brazil. I wore many hats during that time, one of them being a member of the Pastoral da Crianca team, a ministry of the Catholic Church to families with few resources. Most of the team members have few resources themselves. Every month the team would gather for a meeting to discuss the difficulties we saw in the community after visits to the families. Interestingly, our team leader Catarina would begin each session with the litany of tasks she had to do, and how she was just feeling so overwhelmed because she could not keep up with everything, including her responsibilities as team leader. This would go on for some 10-15 minutes, and I would always think to myself, “Well let’s get this meeting going so you will have more time to do your other things.” And then someone else would chime in about all of their difficulties and we would spend another 15 minutes with that. This little ritual drove me crazy! I didn’t really get what was going on until a conversation I had with one of the team members, whose name was Ze (a nickname for Joseph, a main character in today’s reading).

One day I asked Ze why he volunteered for this ministry. His response was: “I know there are people with money in this world, and are able to give lots of nice gifts. Sometimes they bring food and clothes to our community. I don’t have those kinds of resources, but I still want to give back to my community. The one thing that I do have is time. My time is my gift to this community.” I reflected on that, especially in light of the meetings. What appeared to me as being a supreme waste of time was really perhaps a way for Catarina and the others to express the preciousness of their gift, the gift of time.

Gifts of the poor. Did I value that gift? Or was the meeting’s agenda more important? Today’s Feast of the Presentation celebrates Joseph and Mary offering the gift of their son to the Jewish community. A poor boy, a poor gift. Did anyone notice? Did anyone care? Probably not many that day--too busy making their own offerings at the Temple, following their own agendas, not noticing the gift being unveiled before them. But two people caught it: Simeon and Anna, both older persons whose pace of life perhaps allowed them to catch the subtleties and mysteries of life unfolding around them.

We all have gifts, and every time we gather as a faith community we celebrate the great diversity of the gifts around us. But yet it often seems that in this world of ours, some gifts are celebrated more than others.

Turtledoves, socks, underwear, time, labor in the fields, factories, and streets: does anyone want them? Answer: who could live without them?

Does anyone value such gifts? Answer: what would this world look like if we did?