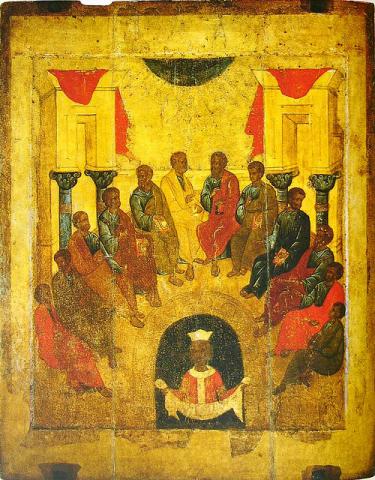 Today’s readings remind me of an encounter I had at an inner city hospital in New York. As missioners, and as Christians, we are challenged to see God in everyone and in everything. In my case, it wasn’t until I returned home from Guatemala that I really began to understand this.

As the social worker on call, I was called to the Cardiac Care unit to assist the family of a Muslim man who had just died unexpectedly. There were many adult family members – distraught, crying, screaming, speaking loudly on cellphones – all in the “quiet” waiting area. The family spokesman, a man whose name I never got, expressed the concerns of the family. The hospital was requiring an autopsy but the family wanted the body returned to their country for burial immediately.

I performed my duties: supported the family, found a place for them to wait and grieve that would not disturb other waiting families. I stayed with them until they were ready to leave.

As they left after this horrible ordeal, the family spokesman thanked me and asked me to pray for his family.

“Gladly, but I am Catholic” I said.

“Doesn’t matter” he replied. “There is but one God.”

In the first reading, the people are shocked and confused that the Holy Spirit would actually speak to each individual in his or her own language. I wonder about today – how many conflicts stem from disbelief that “the other” – a person, a congregation, a country – could actually be following God’s way?

We are challenged to be humbled. God speaks to us, if we listen. But the part that we, as individuals and communities, forget is that God also speaks to the “other.” Our challenge is to enter the dialogue with other sons and daughters of God. Only then we will find out that “there is but one God.”