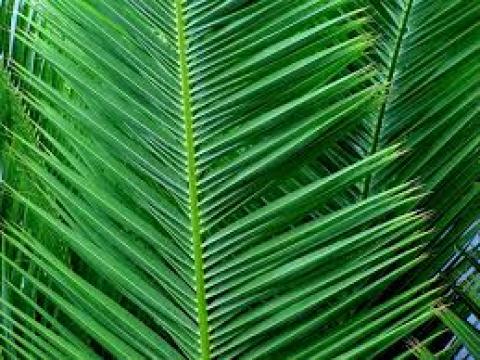 The following reflection, prepared by Gerry Lee, who served as a lay missioner in Venezuela and is now director of the Maryknoll Office for Global Concerns, was published in A Maryknoll Liturgical Year: Reflections on the Readings for Year B, available from Orbis Books.

Liturgy reflects life, and our celebration of Palm Sunday has always felt to me to a bit schizophrenic. With its loud processions, masses of graceful green palm branches waving through the air, and shouts for joy, Palm Sunday seems to celebrate the Resurrection before it has happened. And, at the same time, it is full of dread and anticipation of the death and anguish that is to come later in the week. It anticipates Easter morning but at the same time Good Friday; I personally have a hard time processing such mixed emotional signals.

The beauty of our Catholic liturgy, however, is that it gives us symbolic moments and rituals such as Palm Sunday that help confused Doubting Thomases like me to express our internal conflicts and ambivalence without having to declare for one side or the other. Developed over centuries of Palm Sundays celebrated by believers – perhaps many ambivalent like me about the anxious mix of impending death and new life, hope and agony – the liturgy embraces it all in mystery and fire, smells and song, tears and shouts of joy. And all of this happens in a very public, demonstrative celebration that contrasts to the private, internal reckonings and reflections that we have lived for the previous 40 days of Lent. The noisy processions of Palm Sunday loudly declare the end of Lent and our entrance into the mystery of the Passion of Jesus that is Holy Week.

One of the gifts of mission for me has been to learn more deeply about this mystery through the experience of the basic Christian community in the hillside barrio in Venezuela where my family lived and worked. As for most poor communities in Africa, Asia and Latin America, for the people of our barrio, death was a constant and visible part of community life.

During our first month in mission, our neighbor Yolanda’s six-month-old daughter, Maria, died. As is the custom there, she was dressed as an angel in a casket with her eyes open so her innocent soul could guide the way to heaven for others who had died at the same time. Our five and six-year-old daughters Abby and Amanda joined the other children of the barrio in carrying the little casket in the funeral procession up the hillside singing a children’s Christmas carol, “Beautiful Child.”

When the people of our community waved palms and sang in procession through the barrio on Palm Sunday, they were remembering the tragedies of many deaths that year, such as Maria’s, that would not have happened if the conditions of such extreme poverty were not tolerated by Venezuelan society. It was this hard confronting of death in daily life that brought such a depth of faith and hope to their celebrations of Holy Week. The long and arduous processions up the hillside on Palm Sunday and again on Good Friday became an expression of the whole community’s identification with the passion and suffering of Christ.

In today’s reading from the Letter to the Philippians, St. Paul calls on the community to emulate Jesus in just this way, modeling our lives after Christ’s own self-sacrifice:

“Let the same mind be in you that was in Christ Jesus, who, though he was in the form of God, did not regard equality with God as something to be exploited, but emptied himself, taking the form of a slave, being born in human likeness. And being found in human form, he humbled himself, and became obedient even to the point of death -- even death on a cross” (Philippians 2:5-8).

I am sure you can think of a friend or neighbor who, in spite of great tragedy and hardship, gives of herself or himself with such dedication and cheerfulness, that you wonder how they do it. Where do they find the strength and the determination to go on?

Often in being humbled by life’s losses and suffering, we are offered the gift of faith, and with it, the love that sustains and calls us to be more than we think we are. This is what Pope Francis speaks of as the “joy of faith” and the spirit of mission that he so often invokes: “…[O]ur goal is not to proselytize but to listen to needs, desires and disappointments, despair, hope. We must restore hope to young people, help the old, be open to the future, spread love. Be poor among the poor. We need to include the excluded and preach peace.” (Pope Francis, interview with Eugenio Scalfari, October 2013)

For Maryknoll’s founders, the heart of being a missioner is love expressed with joy. In serving, in being humbled by our vulnerability when immersed in a strange culture, we lose ourselves – only to encounter Jesus in new and wonderful ways among a people who reveal to us our true selves in processions and fiestas, community struggles and celebrations … a faith ever expanding in reverence for life and for the earth that nurtures us.