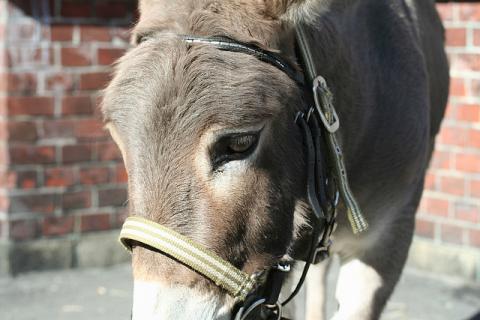 In many countries in Latin America, Palm Sunday is one of the most popular Masses of the year and the people participate with a lot of enthusiasm. The people weave beautiful images with the palm branches and other branches from their neighborhoods. The celebration of the liturgy of Palm Sunday begins with a Gospel reading and the blessing of the palms, in a significant place, outside the church, followed by a procession of the community to the church and the celebration of the Mass.

In Ciudad Juárez, Mexico, we began the liturgy by the house of a family whose daughter had disappeared and whose body was found mutilated in a cotton field in another part of town. The perpetrators of this crime have never been identified. In the liturgy we attempted to console the mother and ask for justice.

The celebration of Palm Sunday gives us the opportunity of putting more emphasis on actions and less on our homiletic reflections. The readings are long and carry the burden of the reflection.  It is very important to explain that what we are celebrating on Palm Sunday is not just an experience of what took place 2,000 years ago. Palm Sunday begins the week of remembering the key aspects of our faith, the Paschal Mystery, the death and resurrection of Jesus Christ.

In the reading of the Passion we hear how Jesus was betrayed by one his disciples, denied by another, and abandoned by his followers and left alone to face suffering and death.

Today, we have the experience of women and men who suffer alone:

This year, the reading for the blessing of the palms and the procession is from Matthew 21: “The disciples went and did as Jesus had ordered them. They brought the ass and the colt and laid their cloaks over them, and he sat upon them.”

In eastern cultures, like the one in which Jesus lived, the donkey was considered an animal of peace; the horse was a war animal. A king riding a horse intended to wage war, and one who rode a donkey was conveying a message of peace. Riding a donkey into Jerusalem symbolized Jesus’ entry as the Prince of Peace, not as a war-waging king.

The reign of God that Jesus announces during his ministry is a reign of peace and nonviolence.  The first reading is from Isaiah, chapter 50, and is part of the third Song of the Suffering Servant:  “I gave my back to those who beat me, my cheeks to those who plucked my beard; my face I did not shield from buffets and spitting.”

The second reading from Philippians continues with: “[Christ] emptied himself, taking the form of a slave, coming in human likeness, and found human in appearance, he humbled himself, becoming obedient to the point of death, even death on a cross.”

The reading of the Passion during the gospels completes this reflection. In his book Jesus, An Historical Approximation, Father José Antonio Pagola reflects on the death of Jesus that we hear in the Passion.   He states that Jesus did not understand his death as a sacrificial atonement offered to the Father. “Jesus understands his death as he always understood his life:  as a service to God’s reign for the benefit of all. Day by day he has poured out his life for others; now if necessary he will die for them.”

Those of us who receive our palm branches and olive branches, who attempt to follow Jesus and announce the reign of peace, are called to this same commitment to serve others, without reliance on great sources of funds, without the use of manipulations, with respect for the dignity of our neighbors, and without weapons of destruction, like the latest missiles and drones.