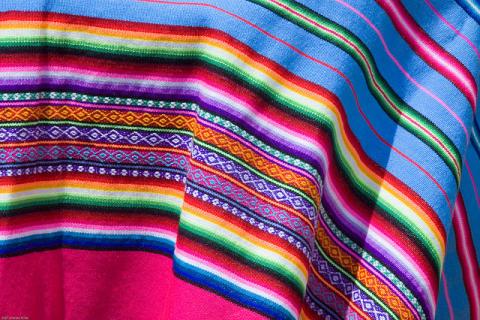 The following reflection, prepared by Fr. Tom Burns, who served for many years in Peru, was published in A Maryknoll Liturgical Year: Reflections on the Readings for Year B, available from Orbis Books.

In this fragmented, rapidly changing world – centered on getting my share of its riches and power (or at least hanging on to what I’ve got) – today’s readings are totally countercultural. They are truly good news to the poor, showing God’s preferential love for the least and the most insignificant in the midst of this reality. This challenges all of us.

As would any mother or father, God reveals himself in the first reading as showing compassion for Israel – an enslaved people and the weakest of his children, surviving (not living) in a foreign land – and calls on them to set out on a long, painful journey through the death of the desert into the promised land of milk and honey. It begins with a meal eaten standing up and dressed for the journey. He takes their side and leads the way.

This reading resonates with the experience almost all of the families here in South Lima, most of whom are people who came from the highlands of Peru beginning over 55 years ago. The grandparents or parents came so their children would not suffer as they had suffered, and they dedicated their lives to this quest. It was not easy to get going in this barren desert with no water or bread, light or sewage, or even a tent. They had to start from scratch, guided by the hope rooted in their faith in God. They hungered for life and they fed themselves on their faith in God and his promise, as did the Israelites.

“Bread is more than bread” is a saying that makes a lot of sense to the people of South Lima. It is life because it begins to satisfy their hunger for life and its fullness. This why the unleavened bread was so important to the Israelites: it wouldn’t dry up in the desert, and so it was food for the journey (God’s food) to a land of milk and honey, and they were invited to the table. The same is true in the Last Supper: Jesus is the bread of life, and he breaks himself (gives up his life) for us and chooses the excluded, the sinners – the worthless of this world – to sit at his table, and they are thankful.

My neighbors love the washing of the feet by the Lord at the paschal meal of Holy Thursday. They identify with the feet because they have walked through dirt and shale of the desert sands and they know that, of all the members of the body, their feet are the dirtiest and most mistreated. It is the Lord who gets down on his knees to wash their feet first and calls on all of the disciples to follow his example of calling all to dine at this table, especially the poor and mistreated, forgotten and exploited. They can feel him cleansing and the soothing of their wounds, and this in the context of giving up his life for them. In him their hunger for life and for the true God of compassion and love are sated.

This common table also has its cultural and political implications, and they have lived out this reality in their own lives: When they first arrived in Lima Sur, they had come from different subcultures of Peru, speaking different languages, and they suffered the racism of the middle-class white people of Lima (many of European descent), but their difficulties were not only the whites. They also had trouble speaking to and understanding their new neighbors who spoke other languages, sang different music, danced different dances, and had strange customs.

It was a tower of Babel. But over the years they and their children have learned to appreciate one another’s customs and rhythms as well to speak good Spanish. And they began to show the middle-class Peruvians the way to forming a new inclusive Peru. They have planted flowers in the desert and have learned to welcome strangers. And more and more they live a decent life.

But now they are faced, as we all are, with the current “in” culture: individualism, addiction to power and money, the fear of losing what is mine, mine, mine, and ignoring the needy and the call to compassion, solidarity and justice in this world. Jesus the Lord, in the washing of the feet, takes on the role of the servant of the house who kneels on the ground and washes the feet of those invited to the supper by the lord of the house. In doing so, he tells us that the only authority that is worth respecting in this world is that which authors life as does his creator Father (“Abba” is the word he used), who animates and encourages the life of all, especially the most needy.

My neighbors and I are now faced with the same challenges of many in the first world, and we all have to learn that, while it is important to struggle for a decent life because poverty can be devastating and is dehumanizing, we can never forget people who are poor or insignificant. For Jesus’ disciples, leaving poverty behind is part of his invitation, but we can never leave those who are poor behind. They are his and the Father’s preferred, and should be ours. How will we respond?